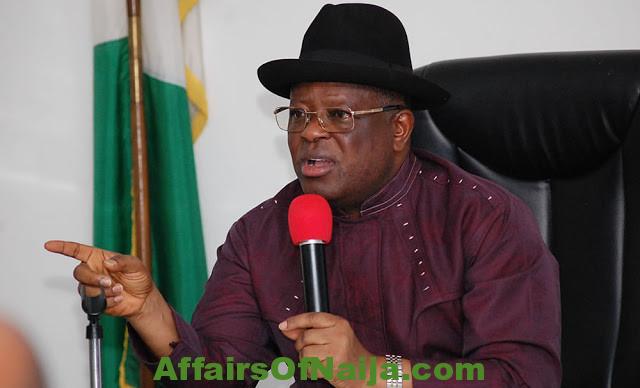 Ebonyi State Governor David Umahi said that the People’s Democratic Party has no structure in his state.

In November 2020, the governor moved from the PDP to the ruling party, All Progressives Congress (APC), citing “injustice” made in the southeast.

Before leaving the party, Umahi had served as deputy governor and was twice elected governor on the party platform.

Speaking on Channels Television program Sunrise Daily on Monday, the Governor said the PDP was dead in Ebonyi.

Umahi said that the main opposition party cannot be considered in the political reality of the state.

“Every state is built on the performance of the governor. I played and it’s not about the party, but about the state leadership,” he said.

“There is no PDP in Ebonyi State, and if you have witnessed our programs lately, you would have noticed how many people have come out.

“Then the PDP shouldn’t even talk. They are not even second in the standings in Ebonyi State. So there is no such thing as structure.

The governor of Ebonyi has declared that the delay in the start of the APC’s presidential campaign will not harm the party’s chances at the polls.

“First to start does not translate to first to finish. So APC is a bank and they offer programs. It will happen soon,” he said. added.

FG will register ASUU Rival as an academic union