Home » Entertainment » 7 Nigerian celebrity divorcees who are yet to remarry

7 Nigerian celebrity divorcees who are yet to remarry 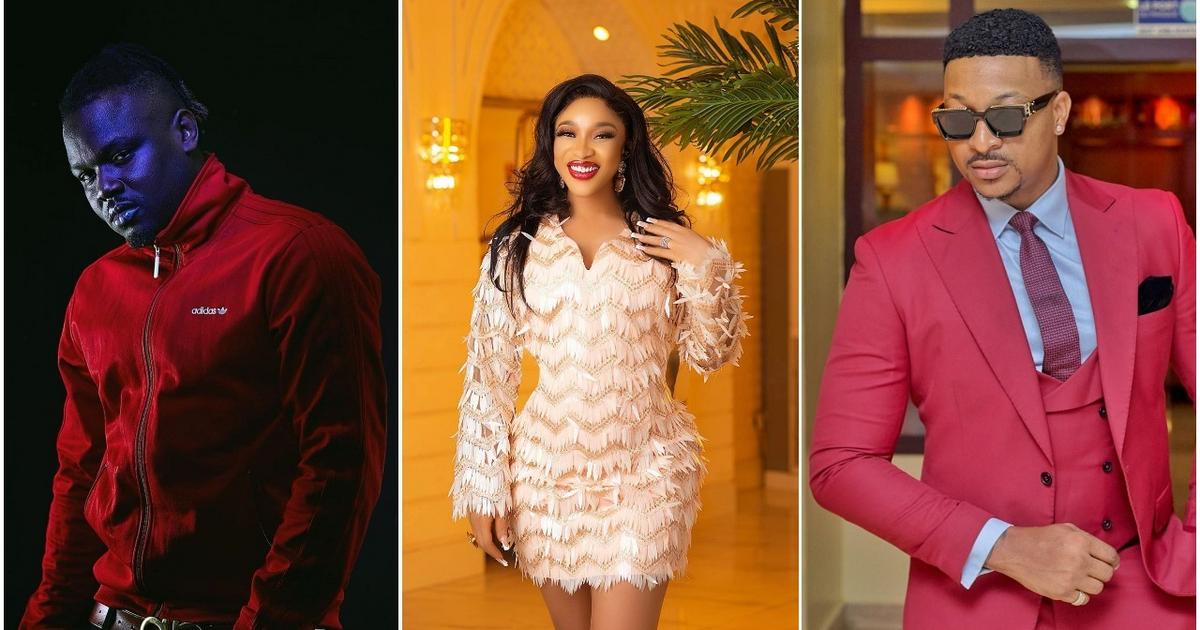 More fun was when they walked down the aisles, dressed in expensive tuxedos, designer wedding dressings and paid for some of the most exclusive event centers in the country.

Not many expected that these marriages would someday crash or be kept safe in the archives of ‘We used to be married.’

Well, they crashed! Today on our listicle, we will be looking at seven celebrity divorcees who have not said ‘I do’ after their last marriages collapsed.

Ini Edo needs no introduction as she is one of what we call the Nollywood screen goddesses. Yes, she has had one of the most successful acting careers in the industry for two decades and counting but on the family side, it hasn’t exactly been perfect.

In 2008, the movie star got married to American-based businessman, Philip Ehiagwina. That union crashed in 2014 over several allegations from both parties. The award-winning actress has since remained silent about her romantic life and only recently welcomed a child via surrogacy.

When Blossom Chukwujekwu began to gain prominence in Nollywood, everybody wanted to know who the cute young man was dating. It didn’t take long before it became obvious that he was in a serious relationship with Maureen Esisi.

The couple eventually got married and became the toast of social media. In September 2019, the news broke of their separation.

While blogs gave different accounts of the reason behind their marriage collapse, the couple remained mute. Although Maureen has made several cryptic comments about their failed marriage.

Blossom has remained a single pringle!

Tonto’s marriage to socialite Churchill Olakunle remains one of the most talked-about in the entertainment industry. More worst was their separation. Describing their separation as messy can be sugarcoating if you are being sincere.

The movie star moved on from that messy separation in 2017 and remained single till 2021 when she revealed she was dating a self-acclaimed activist, Prince Kpokpogri.

The relationship lasted for two months and the actress has since returned to singlehood with no plans to find love.

At the height of his career with Mo’hits and later Marvin, Dr Sid was one of the most eligible bachelors in town. Well, he proved all his naysayers wrong as he walked down the aisle with lawyer, Simi.

They had one of the most beautiful wedding ceremonies in Lagos. Trouble in their marriage was first reported in 2017 but the couple stayed away from any public drama. In January 2020, Simi took to her Instagram page where she announced that their marriage was over.

Sid has remained silent about his divorce to date. He has also remained single with many of his fans waiting to pop champagne at his next wedding.

When IK Ogbonna and his former wife Sonia Morales began to drag each other on social media after their relationship went sour, it was evident that it was only a matter of time before the inevitable.

In August 2019, Morales announced that their marriage which produced a son was officially over. The former cute celebrity couple moved on with their lives.

Ogbonna hasn’t been caught in any major controversy since and also hasn’t exactly hinted at getting married again.

Toke Makinwa’s marriage to Maje Ayide crashed before it even became famous. Allegations of Ayide’s infidelity didn’t exactly do him any justice especially since Makinwa was the media girl everyone loved.

In 2017, an Igbosere High Court in Lagos dissolved the marriage between Makinwa and Ayida, citing Maje’s adulterous lifestyle as the major reason for the dissolution of the marriage.

The fashionista has been linked to several men but has remained divorced.

Mofe Duncan and Jessica Kakkad’s divorce was one of the most obscure separations in the history of the entertainment industry.

The former couple moved on with their private lives and have refused to dwell on their shocking breakup.

Ducan only recently revealed he was dating someone. Just maybe, he’ll be the first alumnus of the listicle.