Home » Entertainment » “A real man won’t waste your time” – Actor, Mr Ibu’s daughter, Jasmine writes as she reveals she’s engaged and set to tie the knot with man she met on TikTok 2 months ago (video)

“A real man won’t waste your time” – Actor, Mr Ibu’s daughter, Jasmine writes as she reveals she’s engaged and set to tie the knot with man she met on TikTok 2 months ago (video) 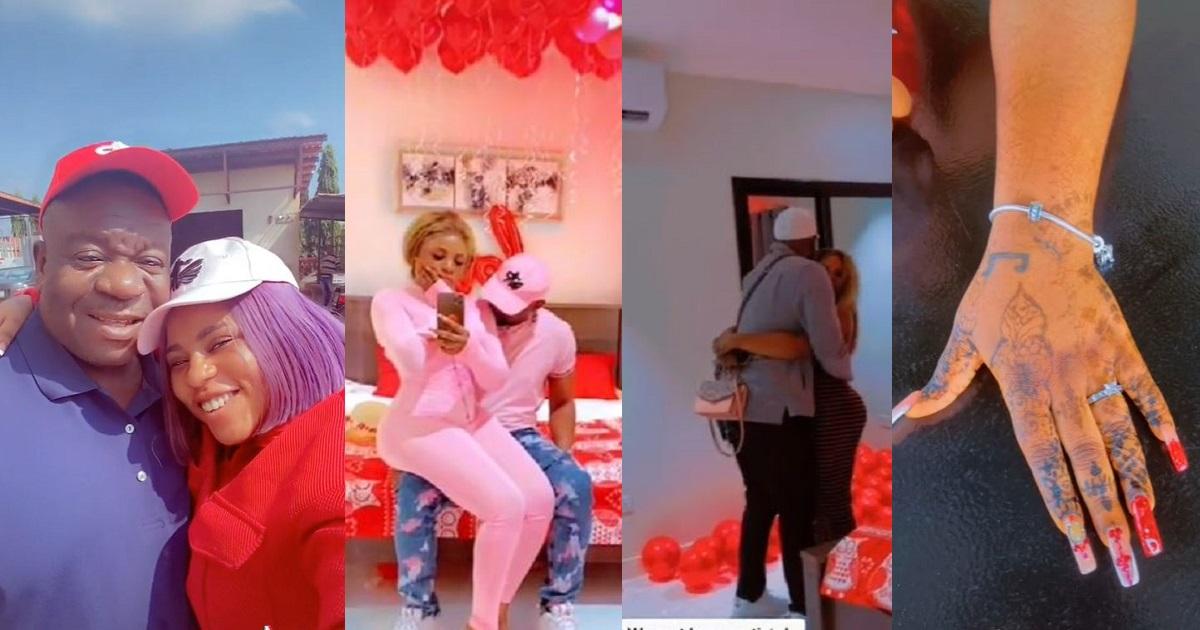 Nollywood actor, Mr. Ibu’s daughter, Jasmine, is engaged and set to tie the knot with a man she met on TikTok 2 months ago. 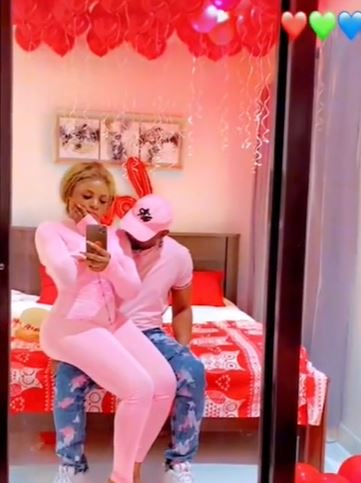 Jasmine, who made this revelation in a video she shared on TikTok, said her man flew all the way from the United States of America (USA) to Africa for the first time to propose to her. 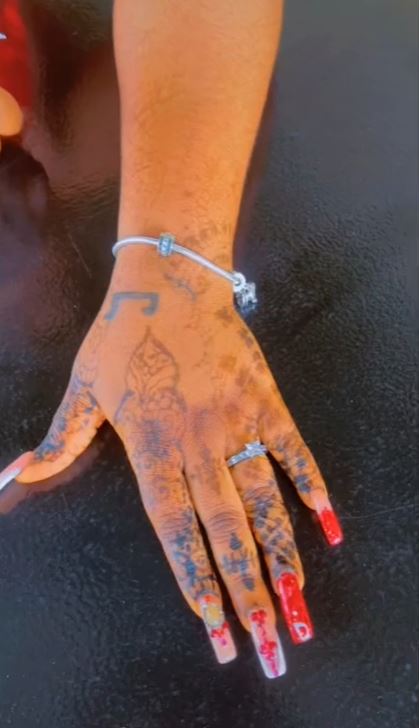 According to her, she accepted his marriage proposal and would be walking down the aisle with him later this month.

Sharing the good news on social media, she wrote,

“We met here on tiktok 2 months ago! He was my tiktok gifter! We are set to get married in this month. He flew all the way from USA to Africa for the first time to marry me. A real man wont waste your time”.

In other news, a video of newly wedded celebrity couple, Adedimeji Lateef and Oyebade Adebimpe a.k.a Mo’Bimpe, has warmed the hearts of many social media users online.

In the video shared on Instagram by Mo’Bimpe, her actor husband went to hide inside a cupboard in their room because she told him to take his bath.

Curious to know about his whereabout, the heavily pregnant actress started looking for him around the room and decided to film the search process. She could be heard calling out to him to know where he was, but he responded saying she would not be able to find him.

She eventually traced his voice to the cupboard and opened it up to see him hiding in the bottom compartment of the cupboard. When she asked why he was there, Dimeji said he doesn’t want to take his bath because the weather was cold.