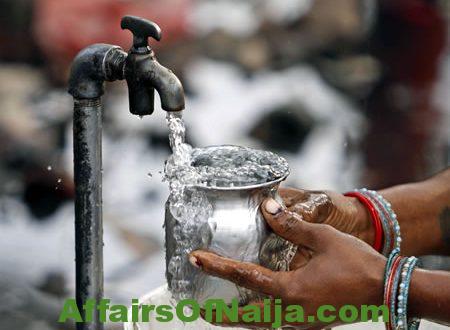 Local communities across Africa have kicked in against government attempts to privatize water and shut it down reach of affected communities. The communities of Nigeria, Mozambique, Senegal, Ghana, Cameroon, Kenya, Gabon, Uganda and many other African countries are making their main request on the occasion of the second edition of the African Week of Action Against Water Privatization which is held from 11-14 October 2022 to coincide with the annual meetings of the World Bank and International Monetary Fund.

Communities, working in collaboration with civil society and labor groups under the umbrella of the Our Water, Our Right for Water Coalition Africa, hold town hall meetings, community engagements, press briefings, protest marches, meetings with policy makers and a host of engagements to press their opposition to water privatization schemes and the commodification of water, promoted by the World Bank and other international financial institutions

In some communities, water was priced beyond the reach of locals, forcing women and girls to go the extra mile, including exposing themselves to hazards to obtain water for their basic needs.

Communities, working together with civil society and workers, insist that while water remains one of the n most basic necessities for life, giant corporations like Veolia and Suez, backed by international financial institutions like the World Bank, are exploiting this basic need by trying to privatize water across the African continent, threatening to leave millions of people in communities suffering without water.

The Executive Director of Corporate Accountability and Public Participation Africa (CAPPA), Mr. Akinbode Oluwafemi, while explaining the importance of the cancellation of commemoration 2022 said: “When communities are deprived of a fundamental right that guarantees their existence and the bond that bound them to their culture and spirituality for generations, will eventually cease to exist. This is why communities are leading the resistance to what companies like Veolia and institutions like the World Bank are marketing on the African continent. But the message is clear. We don’t want our water systems to be privatized”

On the impacts of water privatization on communities, Secretary Regional for Africa and Arab Countries at Public Services International, Sani Baba Mohammed, said: “Communities are the guardians of our heritage. The streams, rivers and streams that have sustained generations are in communities. Withdrawing it from them under any pretext whatsoever amounts to depriving them of their heritage. What communities want is democratically controlled, a system that gives them a voice. »

The first African Week of Action against the privatization of water of 11 -200 October 200 was led by civil society and working groups on the continent. The highlight was the launch of a report – Africa Must Rise & Resist Water Privatization – which details how privatization has become the most potent threat to Africans’ human right to water.

He cites the failures of water privatization in the United States, Chile and France as lessons for African governments under pressure from the World Bank and a multitude of multilateral financial institutions to follow the path of privatization. The Portuguese and French versions of the report will be unveiled at a press conference in October 11 where stories and realities of African communities will be presented in videos to launch the week of action. A key demand from communities is that their governments end privatization plans and instead invest in public water systems that include meaningful public participation in water governance , with a particular focus on the perspectives of those who are usually left behind. decision-making processes, including but not limited to women, low-income people and rural communities.

Singer, Portable sparks reactions as he gets coffin and other tattoos on his face (VIDEO)

Singer, Portable sparks reactions as he gets coffin and other tattoos on his face (VIDEO)