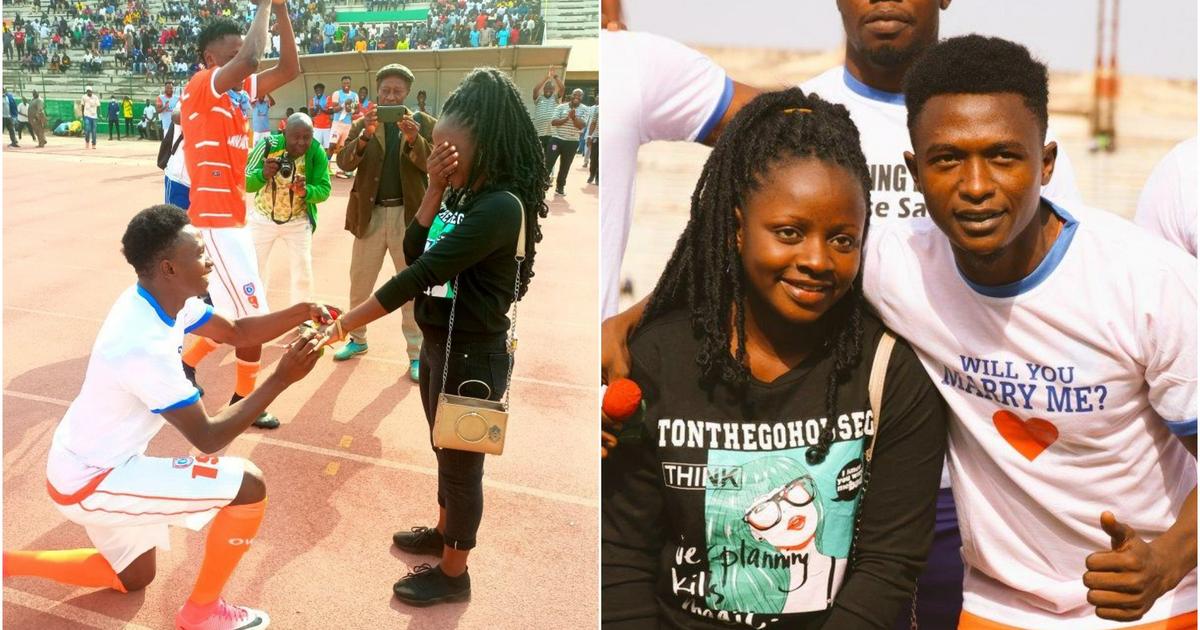 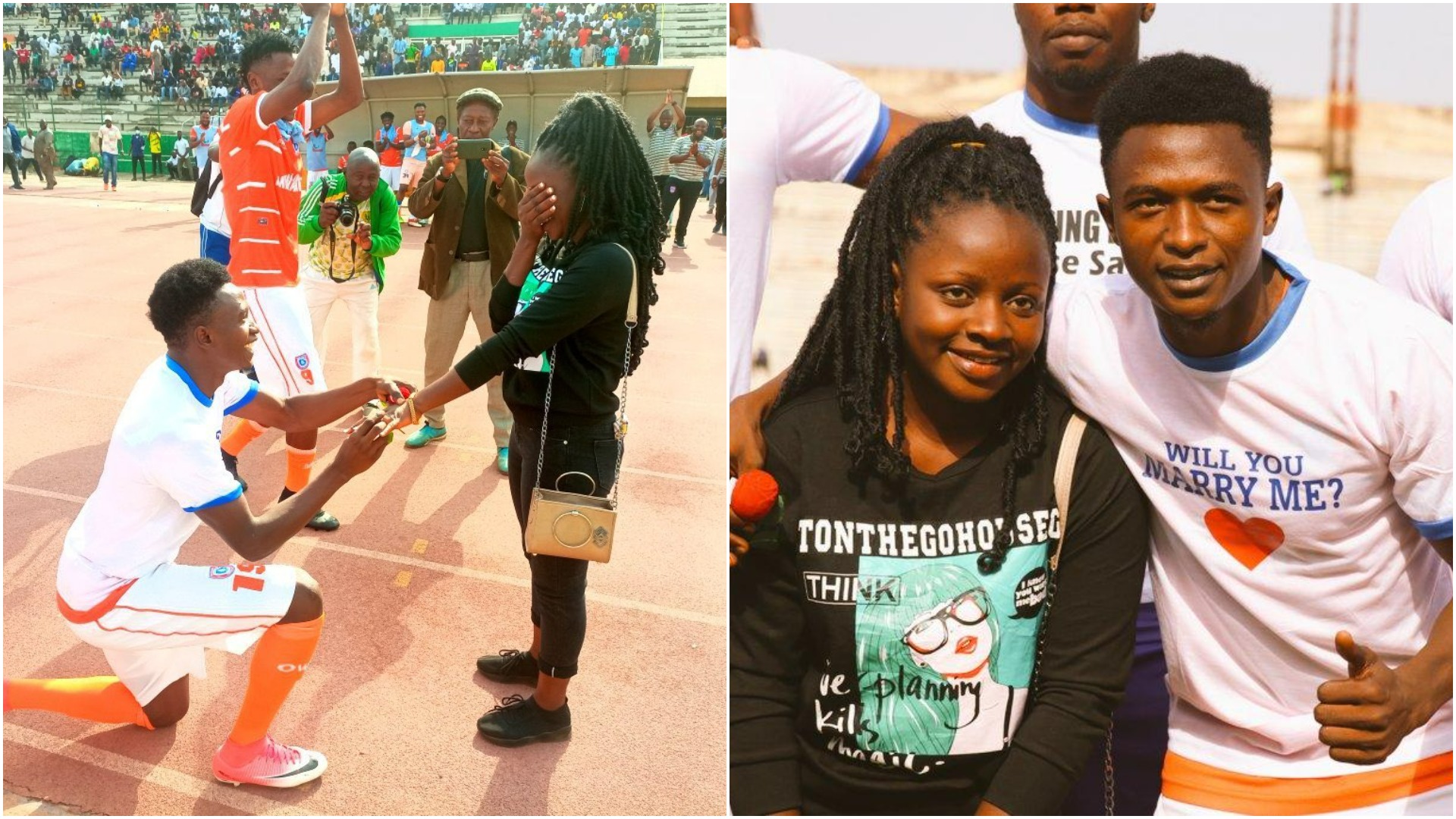 The game between Plateau United and Akwa United grabbed all the attention after this weekend’s games.

A player from the visiting Akwa United squad decided to propose to his girlfriend in an away fixture.

Seth Mayi went down on one knee to propose to his girlfriend named Blessing at the Rwang Pam Stadium.

The proposal by Seth Mayi was captured by the home and away press as the 15,000 capacity stadium was full of excitement.

“A wedding party coming up in Jos soon.”

Akwa United also issued a statement about the proposal on their official Twitter account that said, “Love is in the air… Exciting as our midfielder Seth Mayi proposes to his girlfriend just before the kick-off of @LMCNPFL match-day 15 game between @plateau_united vs @AkwaUnited_fc in Jos.”

Despite the proposal by Seth Mayi he could not help Akwa United as they suffered a heavy 3-0 loss to Plateau United.