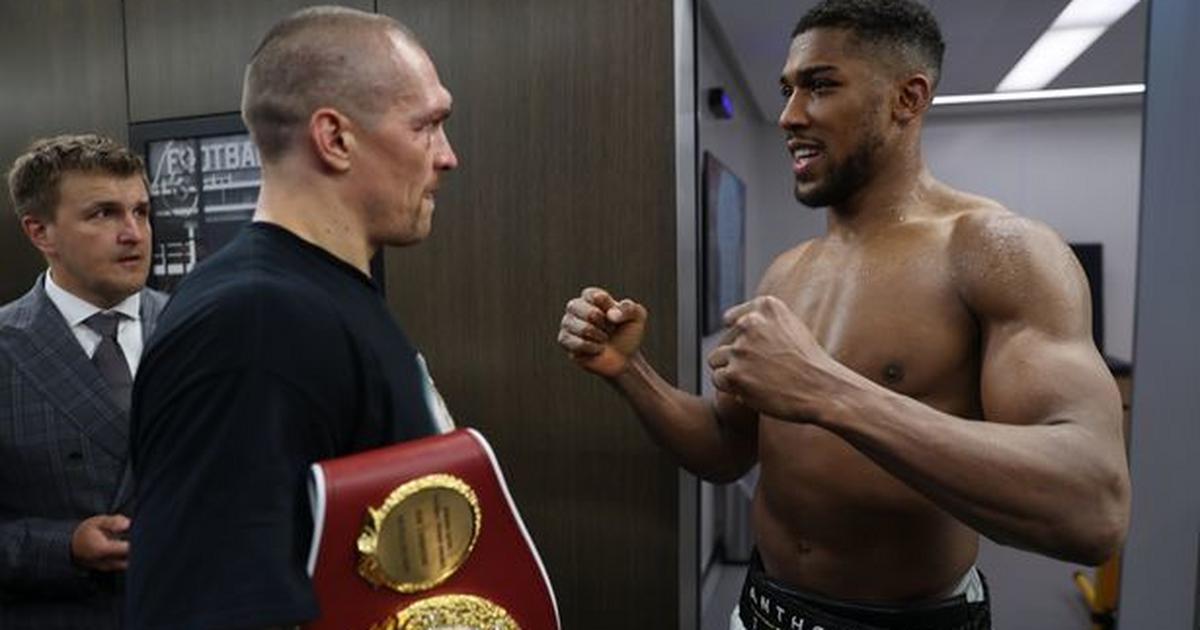 Eddie Hearn, who is Anthony Joshua’s promoter, had previously suggested that the fight might happen before June, but that is unclear now following the tension in Ukraine.

With the Ukraine airports closed, Usyk flew to Poland and then drove almost 500 miles to Kyiv to join the Ukrainian forces.

While speaking with CNN, Usyk said: “My honour belongs to my country, [and] to my family. So there is no fear, absolutely no fear. There is just bafflement, how could this be in the 21st century?”.

As the ongoing escalations become more unpredictable, it remains unclear if Usyk would be able to defend his titles in the Ring anytime soon. The boxer himself acknowledged this fact.

“I really don’t know when I’m going to be stepping back in the ring,” Usyk told CNN Wednesday in remarks translated to English.

The news coming out of AJ’s camp is that they are willing to consider other fights in the interim.

Hearn was still keen on making his client’s stance very clear. Despite the delay, the rematch is still going to happen.

“If there needs to be a delay for the contractual period, we will be happy to grant that, but we want that fight.”