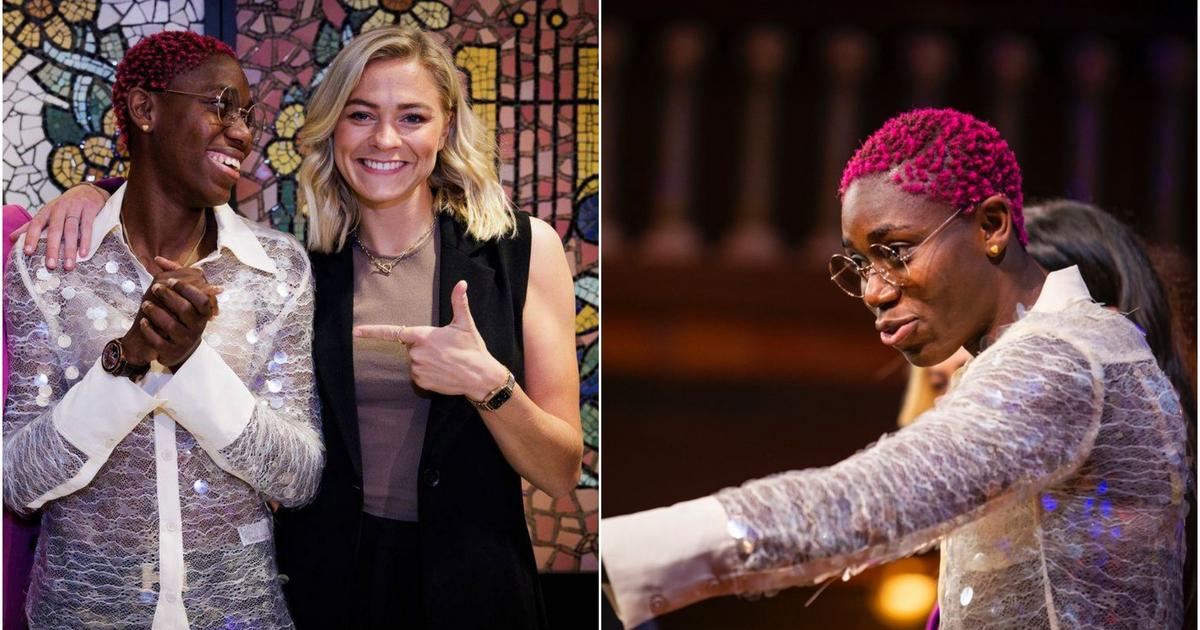 Oshoala was included in the Super Falcons team list for the 2022 Africa Women Cup of Nations (AWCON) doubleheader against the Lady Elephants of Ivory Coast.

The 27-year-old Oshoala could not participate in both games and was ruled out due to injury.

Now back in Spain, Oshoala was in attendance at the premiere of Matchday: Queens of The Pitch on Friday, February 25, 2022.

Oshoala played a crucial role in the team that won the treble and was dressed in a white top and black trousers for the event.

The Super Falcons star was all smiles despite her injury being surrounded by teammates for the preview screening of Matchday-Queens of the Pitch at the Palau de la Música Catalana.

Barcelona president Joan Laporta gave his thoughts on the need for the documentary after a huge accomplishment by the women’s team.

He said, “This event recognises the FC Barcelona women’s team, It’s a tribute to last season, which was historic. I want to thank all the players and coaches for letting us all see from close up what you lived through in that historic season.

“And you achieved it because of your fighting spirit and commitment to football. I want to thank you for the dedication that made it possible, people who dignify FC Barcelona with all of its values.”

“It is wonderful that two institutions that are so bonded to the country, namely Barça and the Palau de la Música, have come together.

“I want to thank the Palau for opening its doors to us, and we have signed a collaboration and sponsorship agreement that will bring us even closer together.”

produced by Barça Studios episode one of the Matchday-Queens of the Pitch documentary is now out.