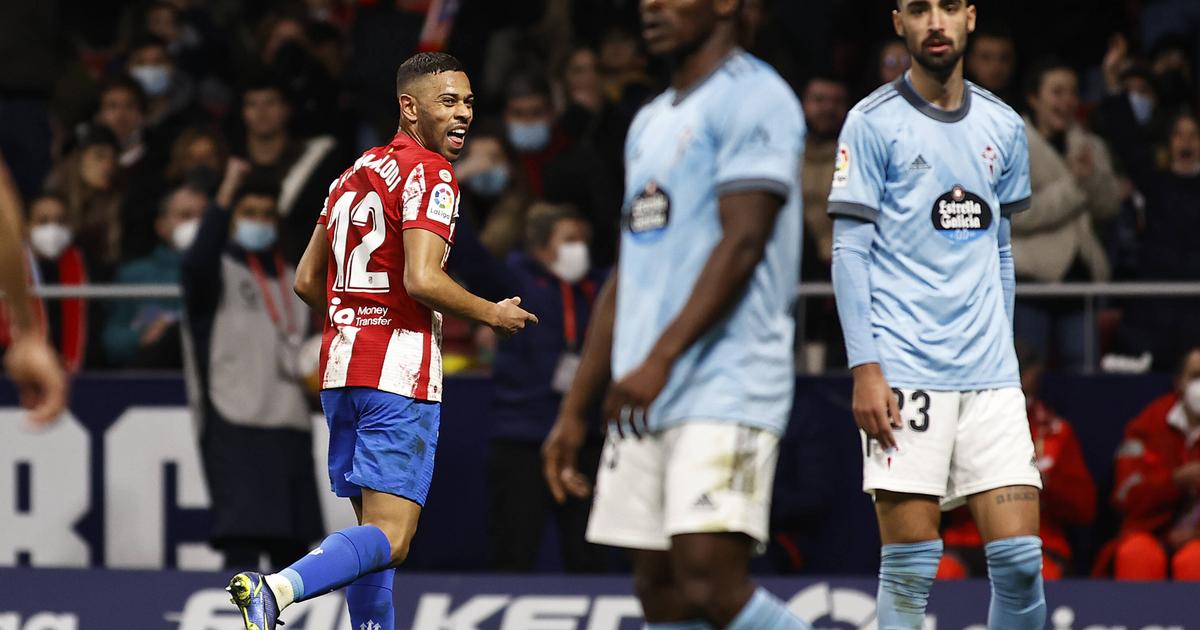 Diego Simeone’s men put their midweek Champions league draw behind the, to defeat Celta Vigo in a routine victory.

Playing in a more attacking role, Renan Lodi continued his fine from midweek with a brace against Saturday’s opponent.

Lodi opened the scoring with a terrific effort in the 36th minute. The Brazilian controlled a pass into the penalty area before unleashing a powerful shot across the goal which caught the keeper by surprise.

Lodi was on hand to double the Atletico lead, as the Brazilian notched a brace with 60 minutes on the clock. He met Geoffrey Kondogbia’s pass superbly before nestling a good shot into the bottom corner of the net.

Atletico were almost three goals up with less than 10 minutes left, but Antoine Greizmann’s great effort went just wide of the post.

Atletico’s victory sees them go above Barcelona into fourth place.