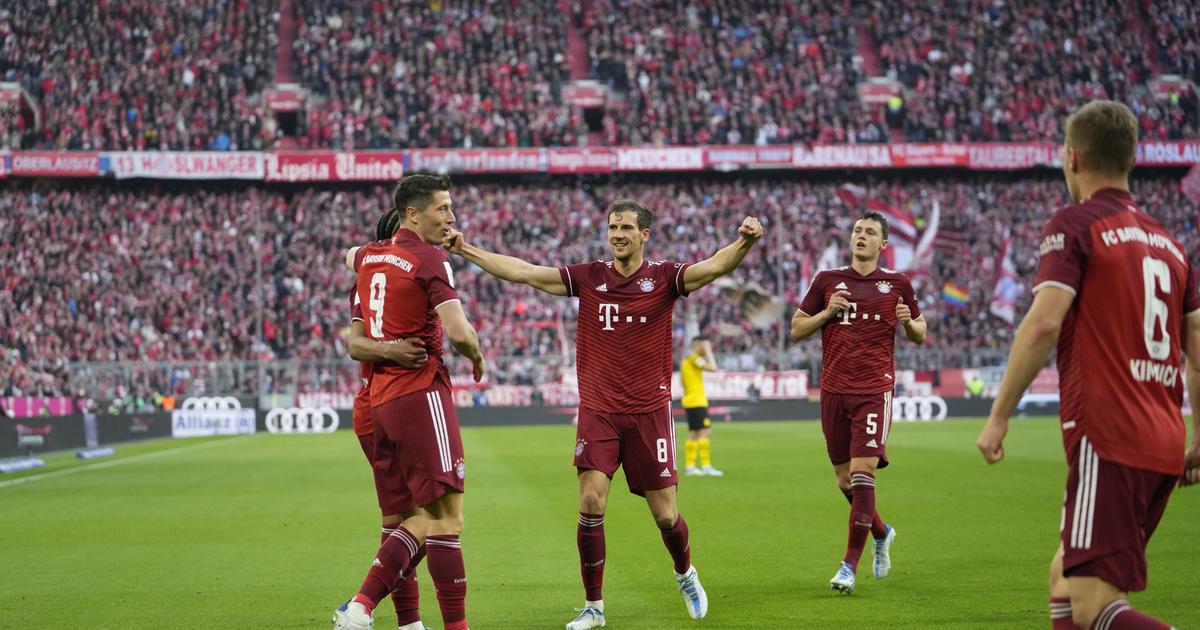 Bayern proved once again they are the Kings of German football after a comfortable win in Der Klassiker earned them a 10th title with three matches to spare on Saturday evening.

Dortmund needed to take at least a point to delay the inevitable but found themselves behind when Serge Gnabry put the hosts ahead with an excellent opener.

Gnabry doubled the advantage later on but it was ruled out for offside to leave Dortmund still in the game.

However, top scorer Robert Lewandowski was on hand to make it 2-0 to put Bayern’s hands around the shield at the break.

Emre Can reduced the deficit seven minutes after the restart but the goal turned out to be nothing but a consolation.

Youngster Jamaal Musiala completed the win with Bayern’s third of the game to wrap up the club’s 10th successive title and the first under manager Julian Nagelsmann.