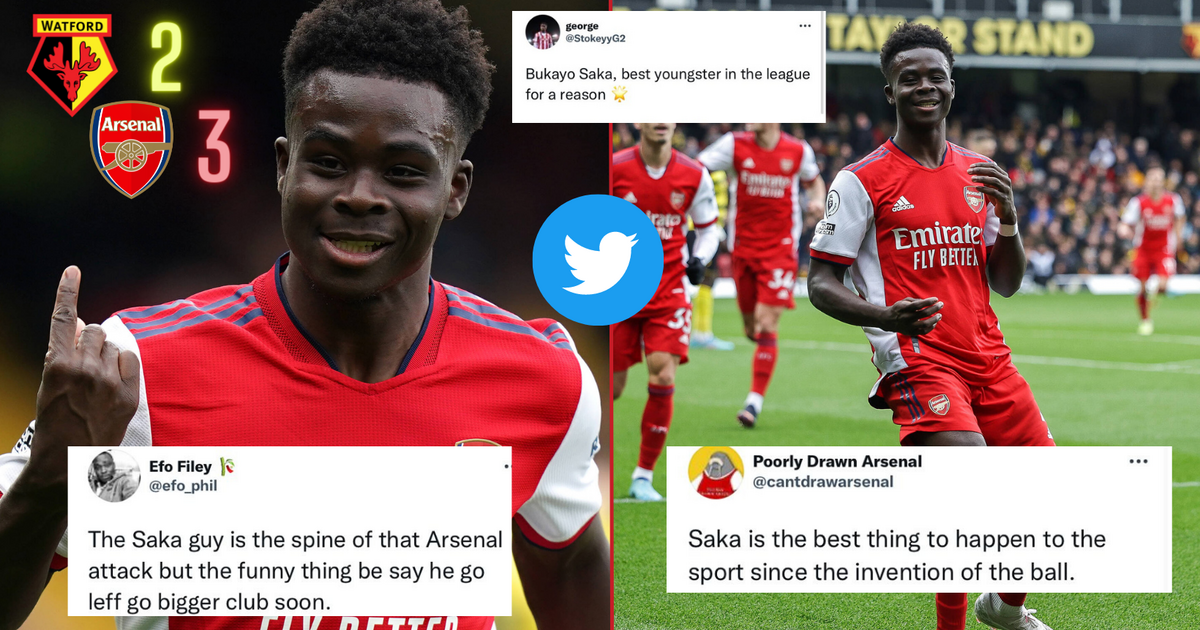 Arsenal took the lead as early as 5 minutes into kick-off after the Gunner’s winger Bukayo Saka set up Martin Odegaard to open the scoring.

Meanwhile Watford roared back into the game 11 minutes later after Cucho Hernandez scored the equalizer to even the scores at 1-1.

Saka would eventually turn goalscorer by scoring a cracking goal in the 30th minute to give the Gunners the lead again before heading into the break with the advantage at half-time.

Second half proved pretty much the same as Arsenal striker Lacazette got his second assist by laying the ball unselfishly for Gabriel Martinelli to further improve the deficit before Mousa Sissoko pulled one back again for Watford in the 87th minute to reduce the deficit.

Following Arsenal’s win over Watford, fans have taken to Twitter to compliment their Golden Boy Saka who continues to put in impressive shifts for the Gunners this season.

Here are some of the top reactions below:

Trust Us, You’ll Love these Highlights From Davido’s Show at The 02 Arena London