Bill Gates’ labs: Shut them down! 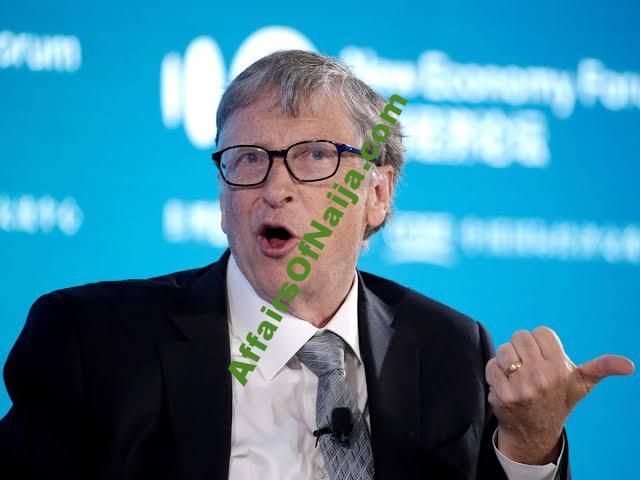 *Want labs shut down pending investigation by WHO

By our special correspondent

Amidst rumours of alleged leak of Monkeypox pathogen from the laboratories, the federal government has been called upon to shut down all laboratories established by the American billionaire, Bill Gates, pending further investigation.

The call was made by a Nigerian born scientist of the International Space Agency, Prof Philip Njemanze in a statement he made available to newsmen at the weekend.

Njemanze suggested that the federal government should ensure that while the World Health Organisation, WHO has reportedly commenced a probe of the alleged leak, all the biolabs established by Bill Gates in Nigeria must be shut down pending full investigations.

The professor in the statement titled: “Nigeria Under Bioterrorist Attack,” raised the alarm that the war against Nigeria has moved into the phase of bioterrorism.

“Nigeria is the first nation on earth to be simultaneously under asymmetric warfare of terrorism and now under bioterrorism,” he said.

Speaking further on the development, he expressed fears that Nigeria “is at war with a vicious enemy trying to destroy the entire nation and kill all the people – Christians and Muslims alike.”

He regretted that the sponsored foreign criminals were disguising as Muslims to initiate riots and killings so as to paint it as religious extremism, had in actual fact nothing in common with Islam.

“Nigerian military has fought gallantly to forestall the fall of Nigeria on the battlefield. The enemy has disguised as Boko Haram, herdsmen and bandits. The analysis of the facts of the attacks revealed the contrary.

“From 2015-2018, 37,500 people were killed in the so-called Islamic extremist attacks of which 32000 or 85% were Muslims and 5,500 or 15% were Christians. All were farmers who grow natural seeds in their communities.
“It is clear that the enemies are the biotechnology companies and their billionaire sponsors seeking to replace the natural seeds with Genetically Modified Organism (GMO) seeds deceptively called ‘Improved seeds’ that do not replicate.

“This would mean that every planting season Monsanto, the main biotech supplier of the GMO seeds, would have to supply the entire 200 million people in Nigeria with the seeds to grow food at a cost not less than $30 billion.

“The entire food security of Nigeria has been hijacked by the biotech companies and their billionaire sponsors. It is interesting that Bill Gates, a major shareholder in Monsanto, established in 2013 biotechnology laboratories in Nigeria,” the statement read in part.

It will be recalled that Chief of Russian Radiation, Chemical and Biological Protection Force, Igor Kirillov, had called on the leadership of the World Health Organisation (WHO) to commence investigation into the release of West African modified Monkeypox, which caused the present outbreak that threatens a worldwide pandemic.

TASS quoted Kirillov as saying, “against the background of numerous cases of US violations of biosafety requirements and facts of negligent storage of pathogenic biomaterials, we call on the leadership of the World Health Organization to investigate the activities of US-funded Nigerian laboratories in Abuja, Zaria, Lagos and inform the world community about its results.”

WHO reported that the West African strain of the monkeypox pathogen came from Nigeria, another state in which the US has deployed its biological infrastructure.