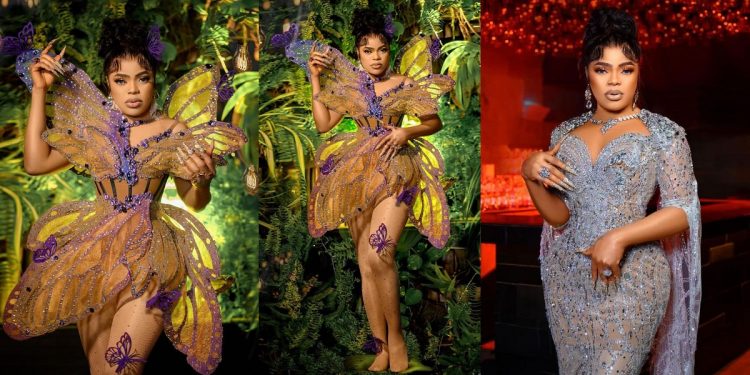 Social Media Stardom Transforms 15 today, August 31, and posted glamorous photos of himself to celebrate his birthday.

In some photos, Bobrisky donned a fairy-themed outfit and called himself a “real Barbie 🥰”. In the other photos, she wore a mesmerizing silver evening dress.

His fans, followers and some celebrities gathered in the comments section to shower him with prayers and well wishes .

A while back, Bobrisky revealed that he flew a popular UK-based hairstylist from London to Nigeria to do his hair on his birthday.

He posted a video of the hairstylist posing with three bags at the airport as she expressed how excited she was to come to Nigeria for her birthday. landing ❤️❤️❤️❤️ baby”

Meanwhile, the post drew different reactions from netizens who said they hoped the hairdresser wouldn’t call Bobrisky in a near future for an unpaid debt.

This comes after the transvestite was dragged out by a caterer for not paying for his services after baking a cake for his recent housewarming party.

'Make up your mind' – Judy Austin shares a cryptic note after Yul Edochie refollowed his 1st wife, May on IG

'Make up your mind' - Judy Austin shares a cryptic note after Yul Edochie refollowed his 1st wife, May on IG