DJ Cuppy calls out mother for shading her fashion sense 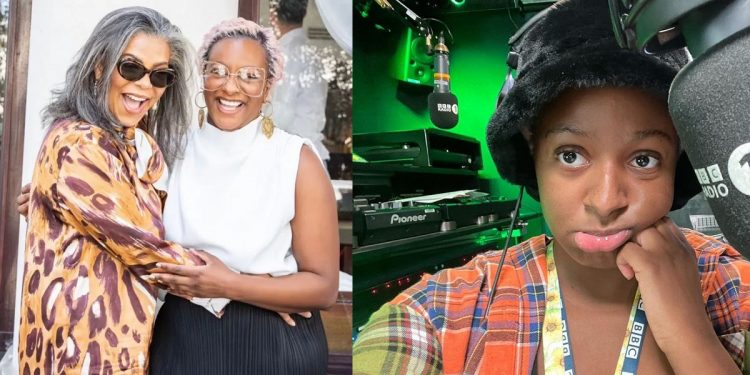 Billionaire daughter, Florence Otedola, popularly known as DJ Cuppy, has shared a recent chat with her mother, Nana, where she seemingly took a swipe at her fashion sense.

From the chat it appeared Nana Otedola had invited her daughters, Cuppy and her fashionista sister, Temi Otedola to a lunch date.

As though she was worried that the disc jockey known for being a minimalist may opt to turn up casual, the mother stressed that the restaurant where the reservation was booked was of high taste while being particular about Cuppy’s dress code.

Cuppy simply replied with a sticker and then took to her Insta-stories to call out her mother for subtly shading her fashion sense.

Sharing a screenshot of the chat, Dj Cuppy wrote, “I’m sorry mum; I’m calling you out.”

A while ago, DJ Cuppyy revealed her own definition of SEXY.

The disc jockey, who is known for dressing modestly, took to her Instagram page to state that her idea of sexy is “less is more”.

According to her, the less skin you reveal, the more curious people will become about your personality and other non-physical features.

Cuppy shared a photo of herself and wrote,

“My own idea of sexy is that LESS is MORE… The less you reveal the more people can wonder right? 👀”