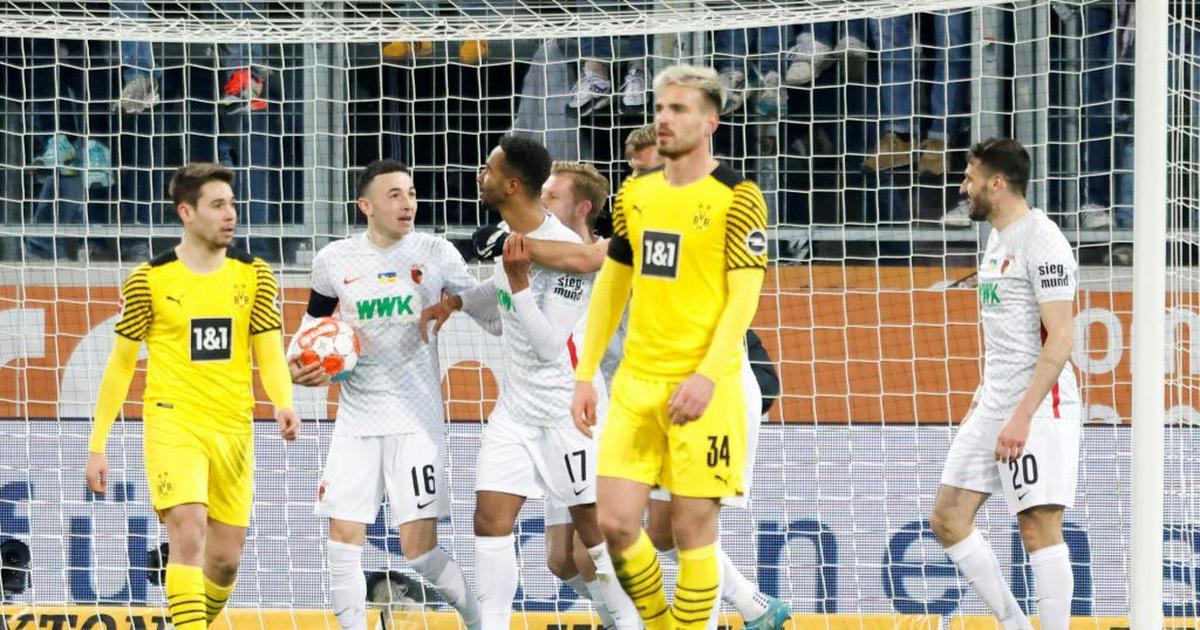 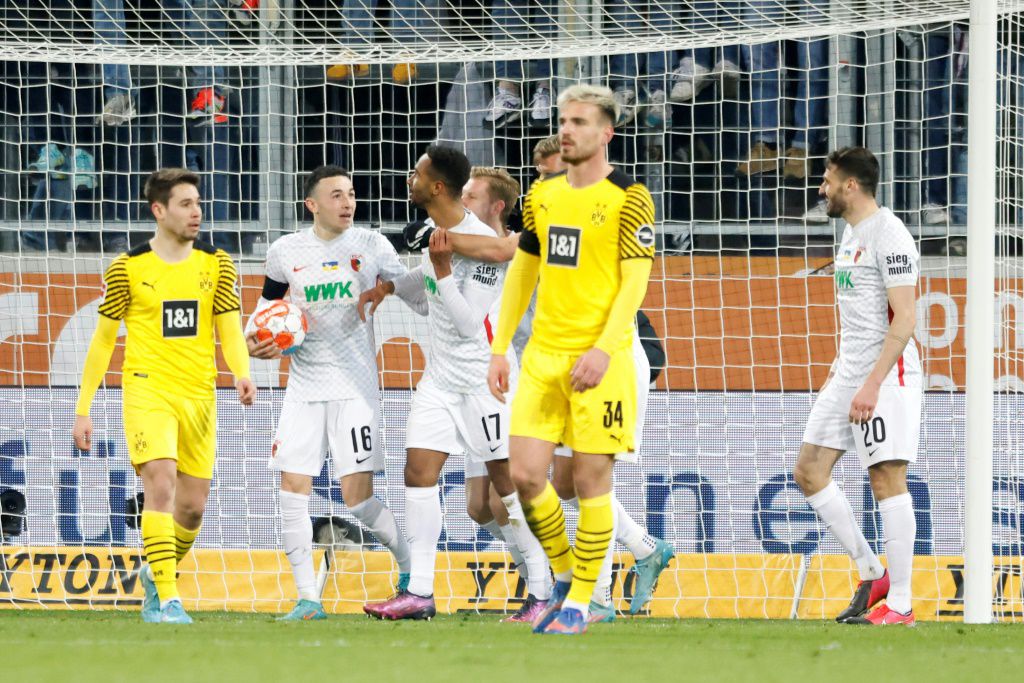 Bayern are steaming towards a 10th straight league title after Noah Sarenren Bazee netted for Augsburg in the 78th minute.

Thorgan Hazard’s first-half goal gave Dortmund the lead in Bavaria until Augsburg’s pressure paid off and substitute Bazee headed in off the crossbar.

Bayern earned a 1-0 win at Eintracht Frankfurt on Saturday after Germany winger Leroy Sane came on to score the late winner.

Earlier, RB Leipzig earned a third straight away win in a week as Christopher Nkunku’s late goal sealed a hard-fought 1-0 victory at Bochum to keep his club fourth in the table.

“Bochum was a tough opponent. Many teams have not won here. It was a close game, but we showed our quality,” said Leipzig forward Yussuf Poulsen.

Bochum suffered their first defeat in five games, a run which included a shock 4-2 win over Bayern a fortnight ago in their previous home match.

Leipzig have now lost just two of their 13 games since Domenico Tedesco replaced Jesse Marsch as coach in December.

They backed up last Sunday’s 6-1 romp at Hertha Berlin and a midweek victory at Real Sociedad which put them into the last 16 of the Europa League.

The hosts had two great late chances when Bochum captain Anthony Losilla clipped the woodwork, then a header by Christopher Antwi-Adjei rebounded off the post.

The winner came shortly after Tedesco beefed up his midfield by swapping playmaker Emil Forsberg for Konrad Laimer.

The switch paid off almost immediately as Leipzig attacked from their own box.

The ball was worked to Nkunku, who swept his shot into the bottom corner to delight the travelling fans.