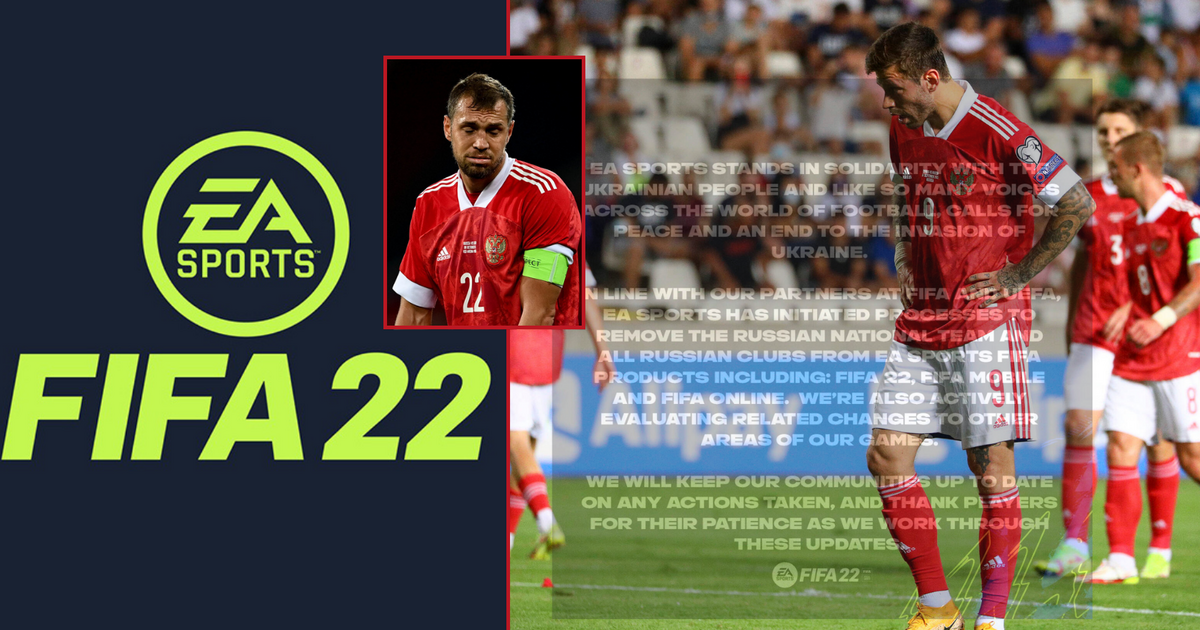 However, soccer video gaming developers EA Sports have announced on Wednesday March 2 that it has now begun the process of removing Russian football teams from the entirety of its products.

In a statement released by the developer via the EA Sports official twitter page, the post read: “EA Sports stands in solidarity with the Ukrainian people and like so many voices across the world of football, calls for peace and an end to the invasion of Ukraine.

“In line with our partners at FIFA and UEFA, EA Sports has initiated process to remove the Russian national team and all Russian clubs from EA Sports FIFA products including: FIFA 22, FIFA Mobile and FIFA Online.

“We’re also actively evaluating related changes to other areas of our games.

“We will keep our communities up to date on any actions taken, and thank players for their patience as we work through these updates.”

Russia’s recent suspension from International football means that the men’s national side will not be able to face Poland in a World Cup play-off semi-final next month, while the women’s team will also be banned from competing at the Euros later this year in England.

However, EA Sports have also announced plans to remove both Russian and Belarusian teams from another of its titles – EA Sports NHL 22.

The announcement also comes after the International Ice Hockey Federation (IIHF) banned the two nations from its competitions until further notice.