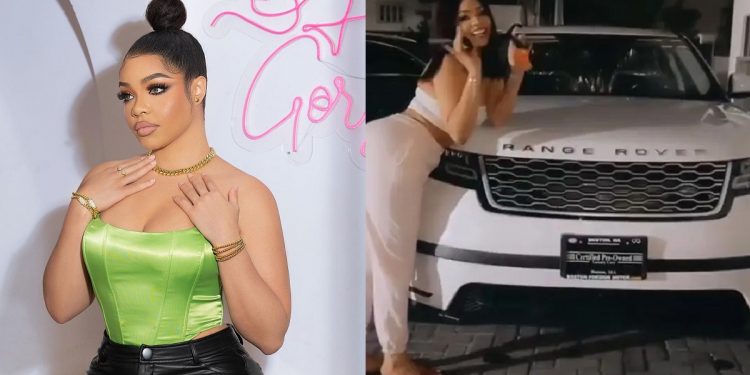 Big Brother Naija star Nengi is currently making headlines following rumors that his Range Rover has been confiscated by officials of the Economic and Financial Crimes Commission (EFCC).

Viral reports alleged that the luxury whip was a gift from billionaire Micheal Diongoli, who is currently under the radar of the anti-corruption agency.

Twitter user @FoluShaw who alleged that Nengi’s car was seized by the EFCC after Mr Micheal Diongoli been arraigned in federal court in Lagos, tweeted,

“Appaz One Michael Ukiye Diongoli, a Ponzi scheme operator, has been arraigned in Jusitice Mabrose Lewis Allagoa from the Federal High Court in Lagos by Force CID Alagbon for defrauding multiple victims of 1.2 billion Appaz he funded a few projects for Nengi and it was allegedly seized as proceeds of crime Was confiscated in July in do “.

Recall that Nengi presented the Range Rover in July 2021.

However, some days after she showed off the newly acquired Range Rover on social media and she received lots of positive comments from fans who praised her for her hard work, controversial blogger Gistlover alleged that the car was bought by the dad of the Nengi Sugar, a Mr. Michael Diongoli.

Given that Nengi bought the car a few months after her fans allegedly gave her another Range Rover model for her birthday, it raised questions as to why she would have one. another one in such a short time.

In a rather controversial revelation from Instagram blog, Gistlover, it was alleged that the car was purchased for the reality TV star by Mr. Michael Diongoli . Read here.

“They're messing up my life” – Tuface jokingly calls out his wife, Annie and daughter, Olivia (video)