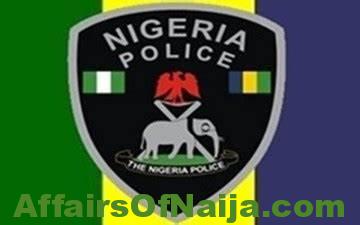 Enugu State Commissioner of Police Mr. Ahmed Ammani on Monday urged the political parties and gladiators in the state to carry out their electoral activities in the most peaceful manner.

The Commissioner also called on political parties to ensure the timely provision of their campaign calendars to the command to assist with necessary security actions.

He said this in Enugu during an interactive meeting with leaders of political parties, the Independent National Electoral Commission (INEC) and heads of other state security agencies.

Ammani noted that contemporary security challenges are such that they require political parties to support and work closely with the police and other security agencies during campaigns and 2023 general elections proper.

“I charge you all to avoid any form of bitterness, rancor, brutality and to conduct your campaigns in the most peaceful manner, while guided by the laws and rules governing such activities.

“The police will put in place the necessary security during the period and will seek the support of political parties, particularly in the area of ​​providing timely information about their activities.

“Political parties and their gladiators should also provide timely information and security intelligence to the police for proactive security actions”, a- he said.Humphrey Okolie and Mr. Chima Ani, who represented t the state’s Resident Electoral Commissioner (REC), said INEC was committed to providing common ground for political parties.

They also asked political parties to make available to the commission their campaign calendars.

“The commission will continue to work closely with the police, other security agencies and all stakeholders in general for the conduct campaign for a peaceful, fair and credible 2023 general election,” they said. been deliberate.

They however reassured on their commitment to conduct their campaigns and other activities leading to the general elections in a peaceful manner and in accordance with established laws and rules of engagement. Civil Defense Corps (NSDCC).