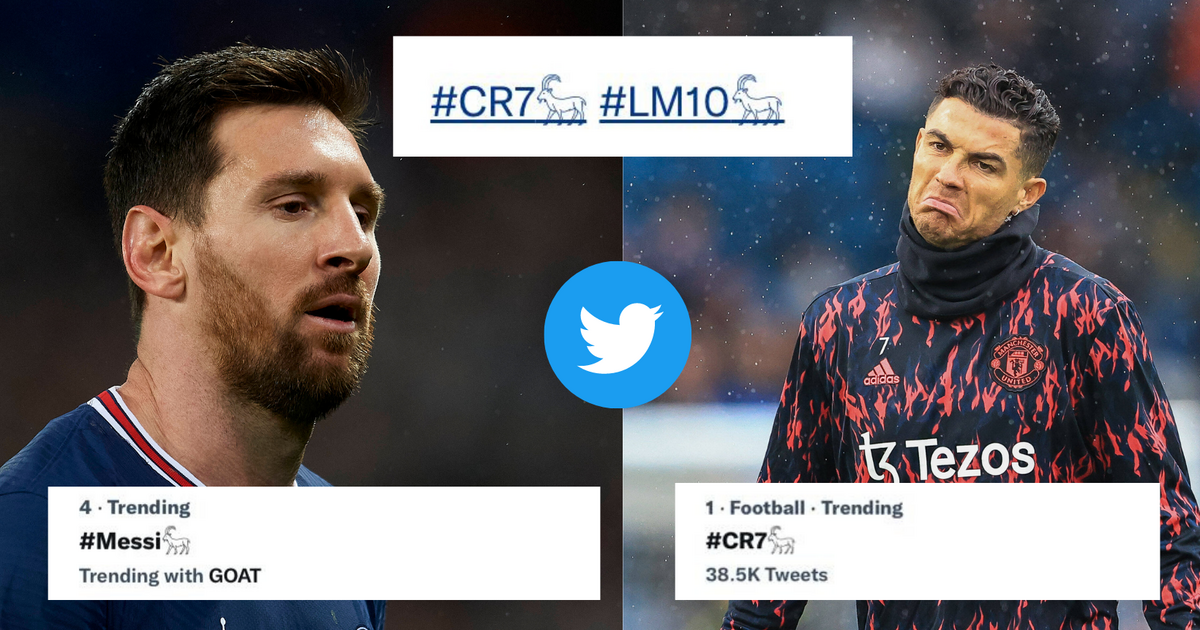 Cristiano Ronaldo and Lionel Messi are miles ahead of the very best in football.

Both players are generally regarded as the greatest footballers of the modern era with both having scored over 1,500 goals and counting, also having won 12 Ballon d’Ors (Ronaldo – 5, Messi -7) between themselves.

Where even the greatest footballers exist as mortals, these two exist as gods in their own right.

The debate for the greatest ever has and will always continue to dominate the football banter space even though both players are in the latter stages of their prime with the 37-year-old Portuguese star Ronaldo currently playing for Manchester United while 34-year-old Argentine legend Messi plying his trade currently with Paris St Germain.

Twitter on Tuesday night, introduced the ‘G.O.A.T’ emoji on their social media platform with the the hashtag #CR7 accompanied by the Goat Emoji and fans of both football icons have now reacted to this new feature with #LM10 fans replicating the emoji with their own hashtag.

The ‘G.O.A.T’ (Greatest Of All Time) is a title ascribed to the best of the best in any Industry or field existent in the with world today and with football, it’s certainly no different.

Some players are just miles ahead of the rest – with Ronaldo stans implying the hashtag was meant for the Manchester United star while Messi fans arguing in the opposite as well.

Here are some of the reactions to the new hashtag on Twitter: