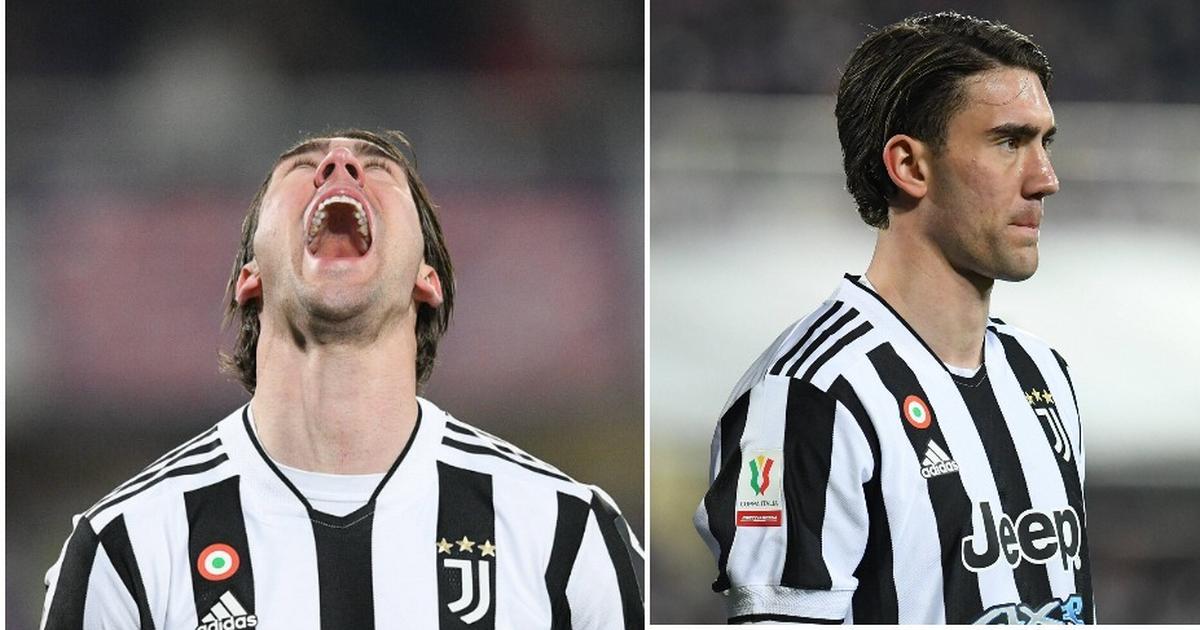 Vlahovic joined Juventus from Fiorentina in January for £65.5m in a move that has led the striker’s popularity in Florence drop drastically.

The Fiorentina fans were making their feelings about Vlahovic very clear, and they tried their best to unsettle their once beloved striker.

The ultras prepared a unique Tifo for Dusan Vlahovic on his return in the Coppa Italia semi-final.

According to Football Italia, the mural references Dante’s Inferno, the chapter dedicated to the Circle of Hell, the place reserved for frauds.

Several sources also reported that 10,000 whistles were given to home fans before the match.

Whenever Vlahović touched the ball, he was greeted by whistles from the crowd, who were enjoying every minute of it.

The striker had a chance to score against his former side but saw his weak effort was stopped by former teammate Pietro Terracciano in goal.

His next effort on goal was much poorer. He could have squared the ball for an oncoming teammate, but he took the shot, which barely tested the goalkeeper.

Fiorentina had Juventus on the back foot for most of the match, and £65.5m Vlahovic was in a battle of his own. The game changed when Alvaro Morata and Juan Cuadrado came off the bench.

During stoppage time, Juventus made a final push towards the Fiorentina goal. Cuadrado sprinted past the Fiorentina fullback before cutting the ball across the box towards Morata or Vlahovic.

However, Lorenzo Venuti failed to position himself correctly, and the cross deflected off the Fiorentina defender into his own goal.

The late winner would have been a relief for Vlahovic, who would feel he could have done more for Juventus. The Old Lady carry the slender lead into the second leg of the tie set to hold on April 21.