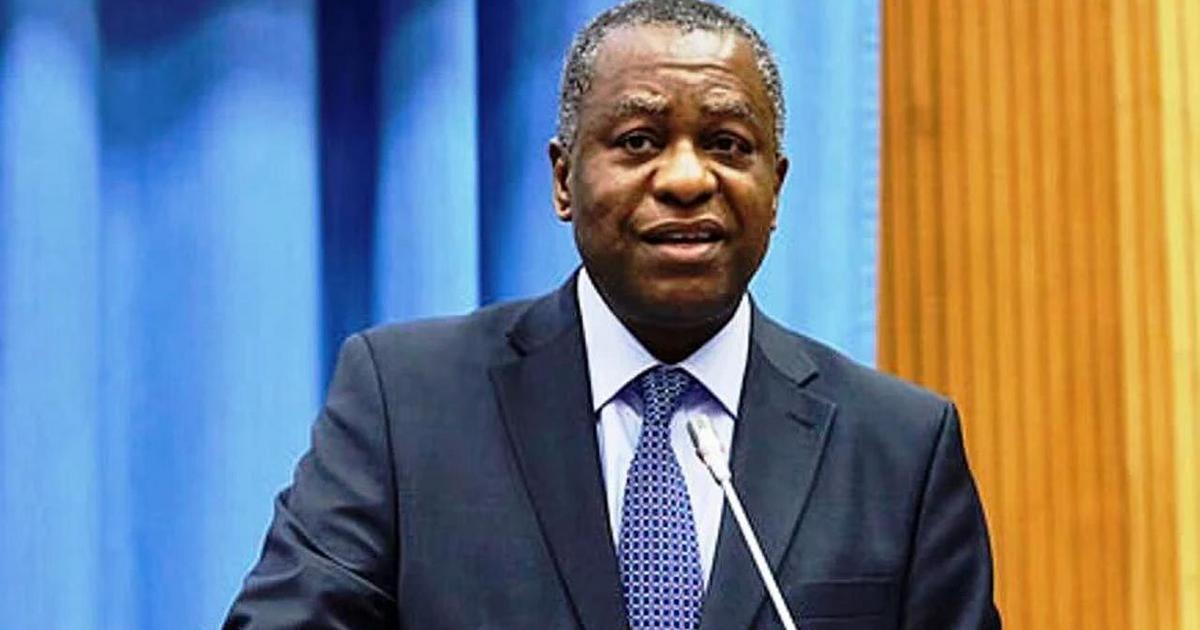 Since the ongoing war between Russia and Ukraine broke out on Thursday, February 24, 2022, there have been calls on the FG to evacuate over 5000 Nigerians studying in Ukraine.

However, while countries like India and South Africa have started evacuating their nationals to neighbouring Poland, many Nigerian students are still stranded in Ukraine.

Speaking on the situation on Friday, February 25, 2022, the Minister of Foreign Affairs, Geoffrey Onyeama said the FG is concerned with the safety of the 5600 Nigerian students in Ukraine.

“The advice we were getting is that we should not panic. The embassy was in touch with the students telling them to take reasonable precautions,” he said.

The minister said this following his separate meetings with the Ukrainian ambassador to Nigeria, Kirdoda Valerii, and his Russian counterpart, Alexei Shebarshin.

Onyema said he discussed the possibility of evacuating Nigerians from Ukraine but Shebarshin told him there might be risk involved.

The minister added that the Russian envoy told him that Russia was mindful of the civilians from foreign countries and would take all the necessary measures to ensure their security.

“He was a lot more sanguine, optimistic that no harm will come to them, but we cannot take any risks.

“This is really the position of the government. And also, that we have 5,600 Nigerians in Ukraine and we are very concerned about what we are hearing and what we are seeing, regarding missiles and bombs about the safety of our Nigerian citizens over there, that we would like to be able to evacuate them.

“This would be communicated to his headquarters and that obviously, they consider Nigeria a friendly country and Nigerians; and that they would do nothing to harm Nigerians and assured me that their action is targeted at military installations and that they are not about to start attacking civilian areas and so forth,” he said.

On his meeting with Valerii, Onyema said the Ukrainian envoy told him that the evacuation of Nigerians in the European country is not possible for now.

The envoy, however, added that the Ukrainian government had given safety tips and instructions to residents, adding that there was no discrimination between Ukrainians and foreigners in the safety measures.

“Right now, we are in a very difficult situation, but we are fighting against the aggression and we believe that we will all win.

“Ukrainian Government does not differentiate between people on the basis of their nationality and that is the best effort to protect everybody.

The Ukrainian envoy expressed gratitude to the FG and the people of Nigeria for their support.