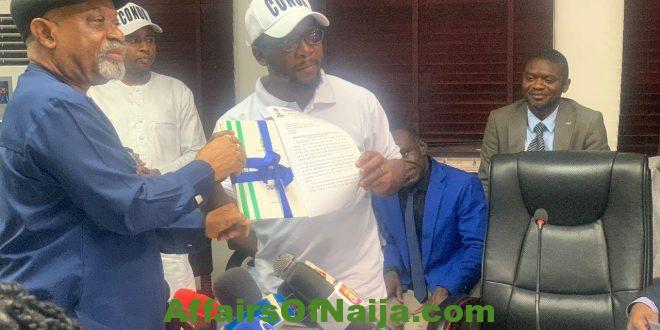 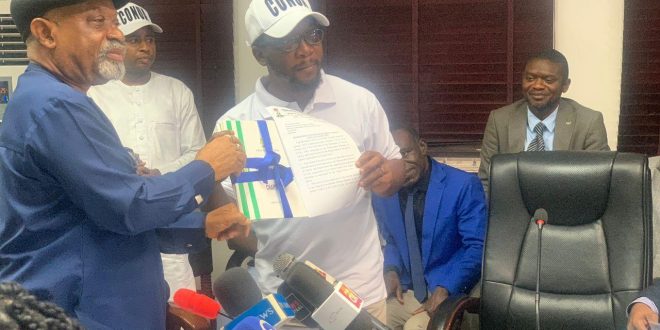 21 mins ago
4 Views
The Federal Government presented a registration certificate to the Congress of Nigerian University Scholars (CONUA). Labor and Productivity Minister Chris Ngige presented the certificate to CONUA on Tuesday.

In 2017, CONUA separated from ASUU for irreconcilable differences

The Minister also presented a certificate of registration in the National Association of Medical and Dental Academics (NAMDA).

This decision was taken as a measure to checkmate the University Academic Staff Union during the prolonged seven-month strike.

The union is asking for a revision of their salaries, autonomous for academics, among others.

In September 21, the National Labor Court ordered the ASUU to end its strike and to return to the classrooms. In response to the order, the union appealed for a stay of execution of the judgment.

Views of the publications: 0

FG to save ASUU Rival in your nt that Academic Union

The Federal Government has approved the registration of the Congress of Nigerian Academics (CONUA), a …

PDP BoT will meet with Wike 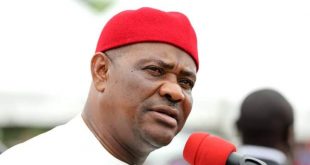 Marlian Singer, Mohbad Gets Roughed Up By His Label People After Telling Them He Wants To Change Manager (VIDEO)

Marlian Singer, Mohbad Gets Roughed Up By His Label People After Telling Them He Wants To Change Manager (VIDEO)