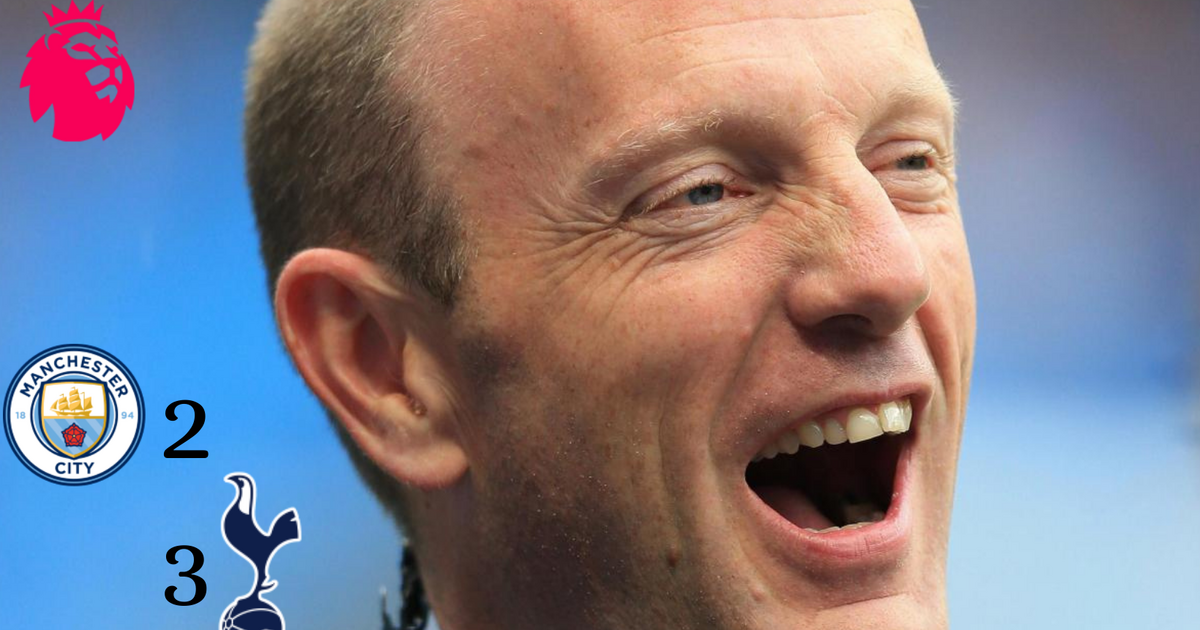 The 53 year old iconic broadcaster is notorious for delivering “goosebumps” moments in football with his voice, diction as well as all-round commentary.

Drury has been around for almost two decades and has become a household name for millions of football fans around the world, telling the tales of some of the greatest moments in football.

His voice is has also been the official commentary in the soccer video game franchise eFootball PES for over a decade alongside fellow broadcaster Jim Beglin.

However, in Tottenham Hotspur’s dramatic 3-2 victory against Premier League Champions – Manchester City on Saturday, Drury delivered yet another masterclass with his incredible commentary.

Here are 10 of the best commentary moments from Peter Drury during City vs Spurs fixture:

1 Peter Drury: The hurricane that hit Manchester for the better part of the week has been followed up with the Harry Kane show.

4 Peter Drury: Harry Kane has blown the league wide open. It’s no longer a procession but now a title race. Pep must have to rob his bald and think again

5 Peter Drury: The day Tottenham Hotspur ripped up logic and the procession became a race again

6 Peter Drury: Breathtaking Premier League drama, pick the bones out so much of that. It is why we love our league. Pep’s pain, Kane’s utopia & Conte’s cohorts. God bless the Premier League for days like these.

7 Peter Drury: Pep’s Manchester City beaten in the Premier League for the first time in a hundred and twelve days amidst the sort of drama that is so rare as to be so precious….

8 Peter Drury: Hotspurs game plan was spot without blemish… Man City are still favorites but the league has not won… Anything is possible but not all are probable..

9 Peter Drury: The hurricane that hit Manchester for the better part of the week has been followed up with the Harry Kane, Manchester City 2 Tottenham Hot Spurs 3