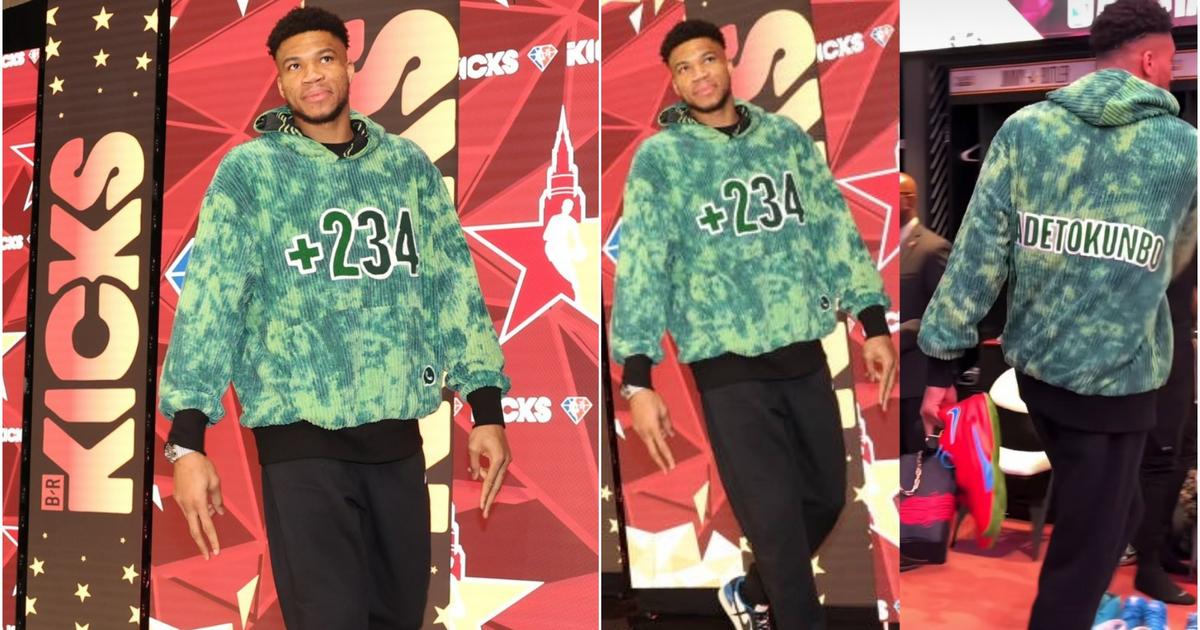 In the early hours of Monday, February 21, 2022, Giannis stormed the All-Star game with an outfit representing Nigeria.

Giannis was dressed in a green hoodie representing the primary colour of Nigeria.

On the hoodie relayed the message +234 in the front. The +234 is the Country Code of Nigeria.

On the back of the hoodie is a message that said, Adetokunbo. Adetokunbo is his original family name

“Antetokounmpo” which he is known as is the Hellenized spelling as his original family name “Adetokunbo” which means “the crown has returned from overseas” in the native Yoruba language.

This is not the first time that the 27-year-old Giannis will represent Nigeria on the global stage.

After leading the Milwaukee Bucks to the 2021 NBA Championship and taking home the finals Most Valuable Player (MVP) award, Giannis made it known he is from Nigeria.

He said, “I represent both of my countries, Nigeria and Greece…It can be done, it can be done.”

Giannis a two-time NBA MVP, one-time defensive player of the year, and Finals MVP was inducted to the NBA top 75 players of the all-time list before the all-star game in Cleveland Ohio.

Still in the prime of his career, Giannis is already one of the greatest players of all time.