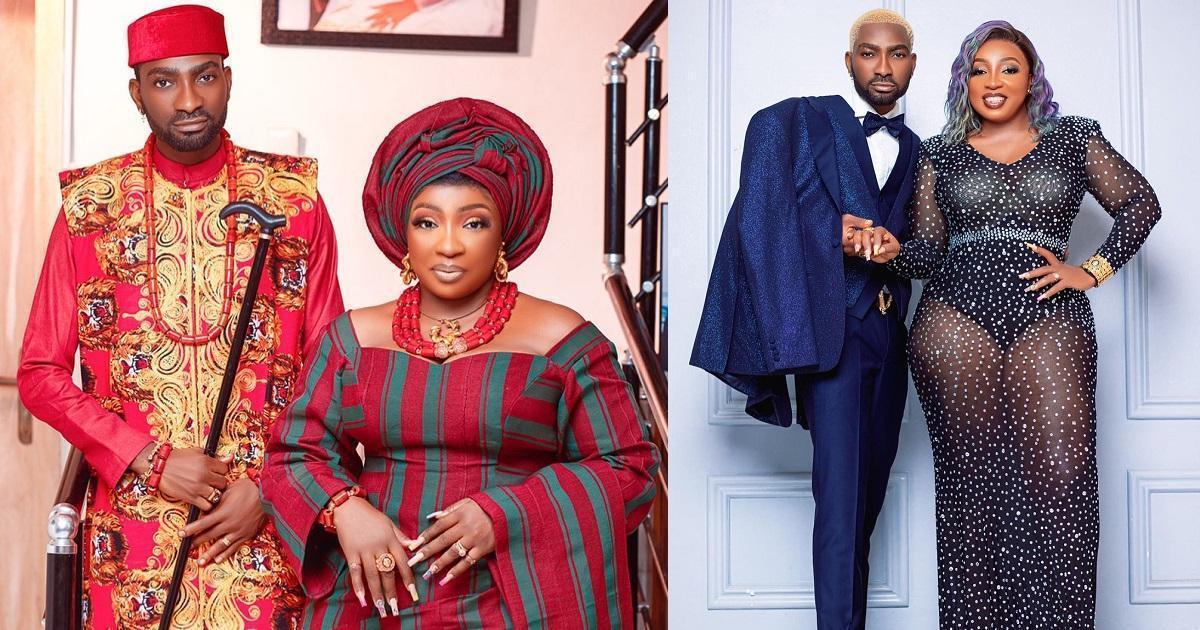 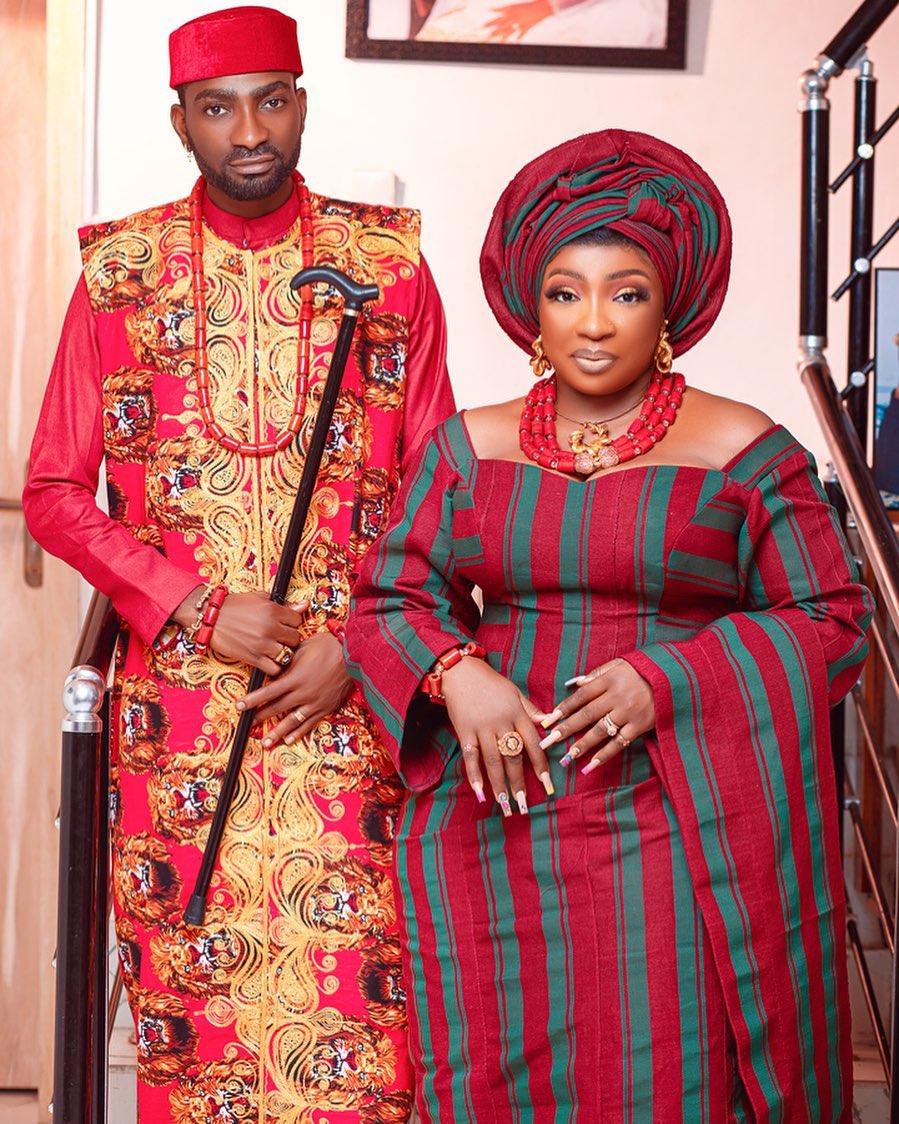 The couple took to their respective Instagram pages to pen heartwarming notes to each other to mark the milestone. They also subtly addressed those who believed their union will not work.

Sharing a lovely photo of them together, Anita Joseph wrote,

“When they say marriage is not sweet “
I say marriage is the sweetest 🙈
It’s been 2years of Bliss 🙈🙈
Ours is built on solid Rock while we put
God as the overall Overseer 🧎‍♂️🙏
….
@realmcfish thank you for been a good Father Husband Bestfriend Etc 🤝
I cherish every moment with you “
I Love you forever King ❣️❣️
You’re rare Nwoke oma❤️ 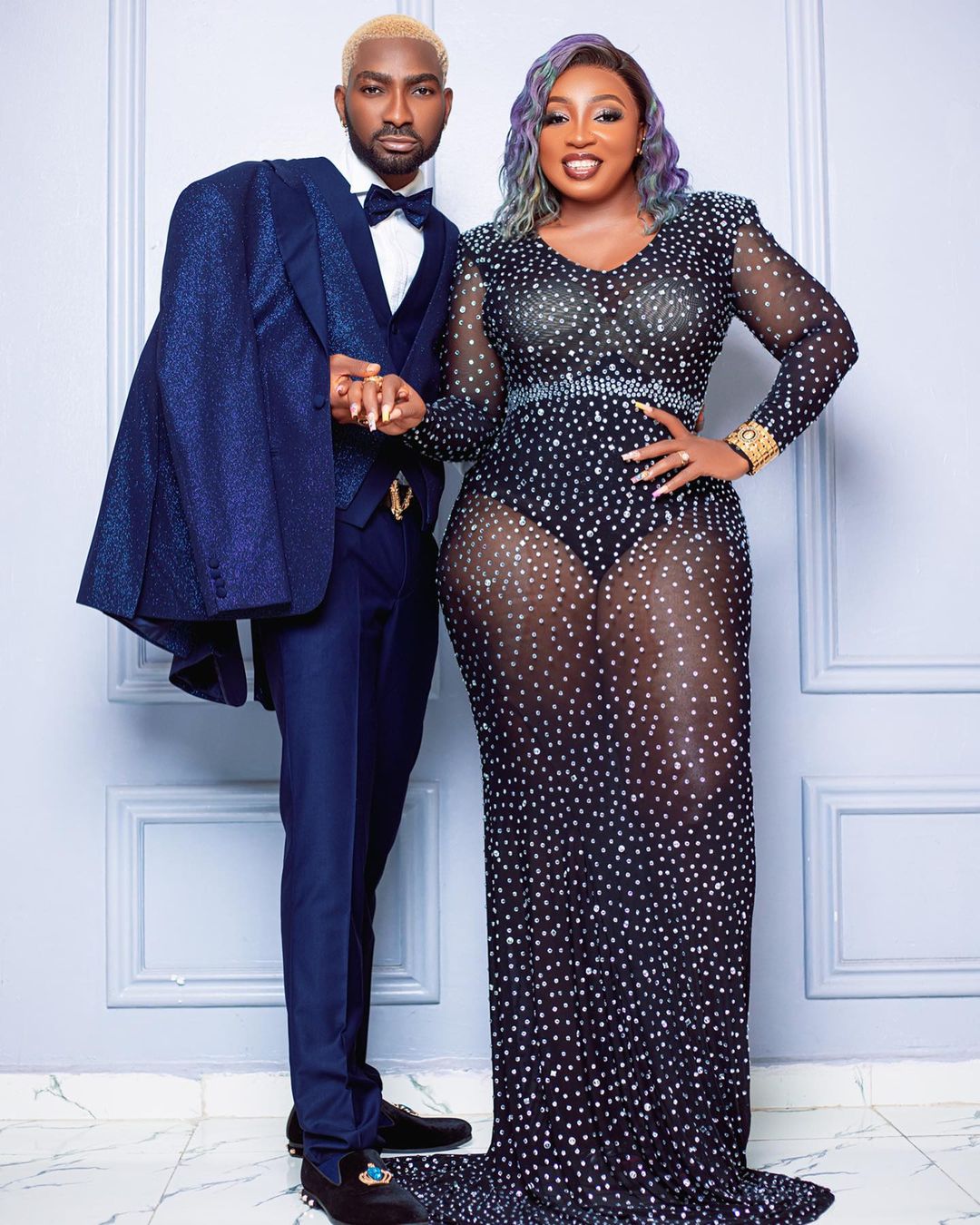 MC Fish, on his part, shared the same picture and wrote,

“Two years ago a Yoruba man from ondo state married an Igbo woman from Nsugbe in Anambra,people felt they were faking it , some even said it won’t be possible, others said we wouldn’t survive a year in this marriage of ours , they even said it was a publicity stunt and photo shoot . But yet here we are still going strong ,
I don’t know how my life would have been if u didn’t come my way but I thank God for the day I met u .
.
Happy anniversary my queen , you’re a Amazon , a good mother , a good wife , a brilliant entrepreneur, my ride or die, I pray on this day that our union continue to be blissful and joyful in Jesus name 🙏.
.
I love you ANITA JOSEPH OLAGUNJU @motherhenanita ❤️❤️❤️🌹🌹🌹”

See their posts below, 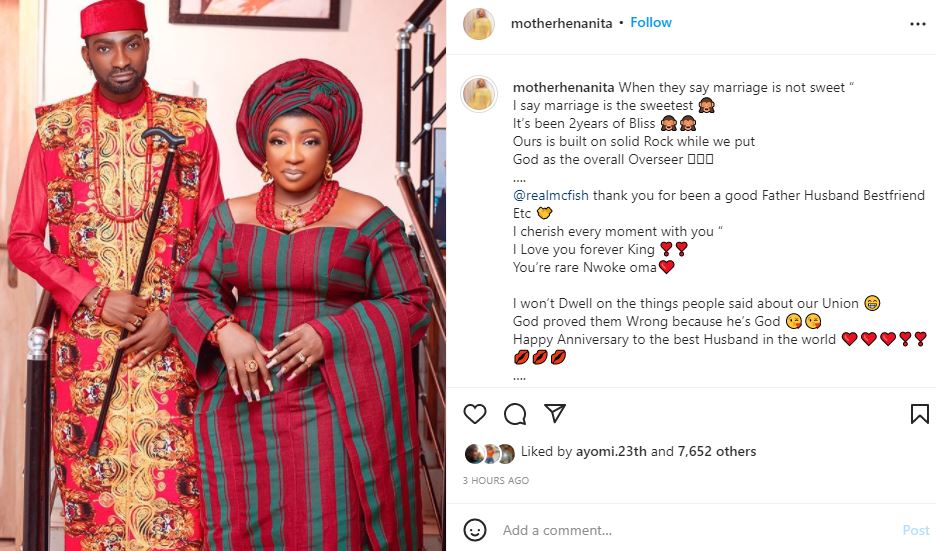 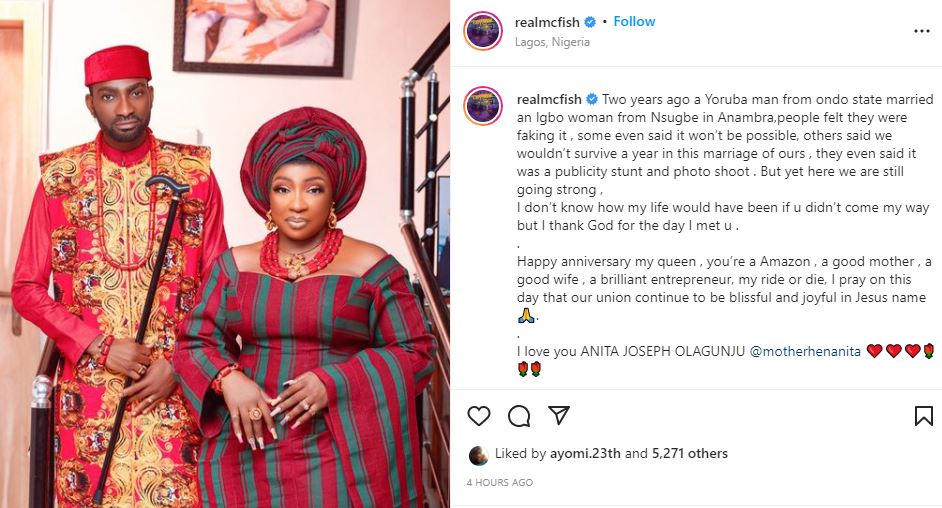