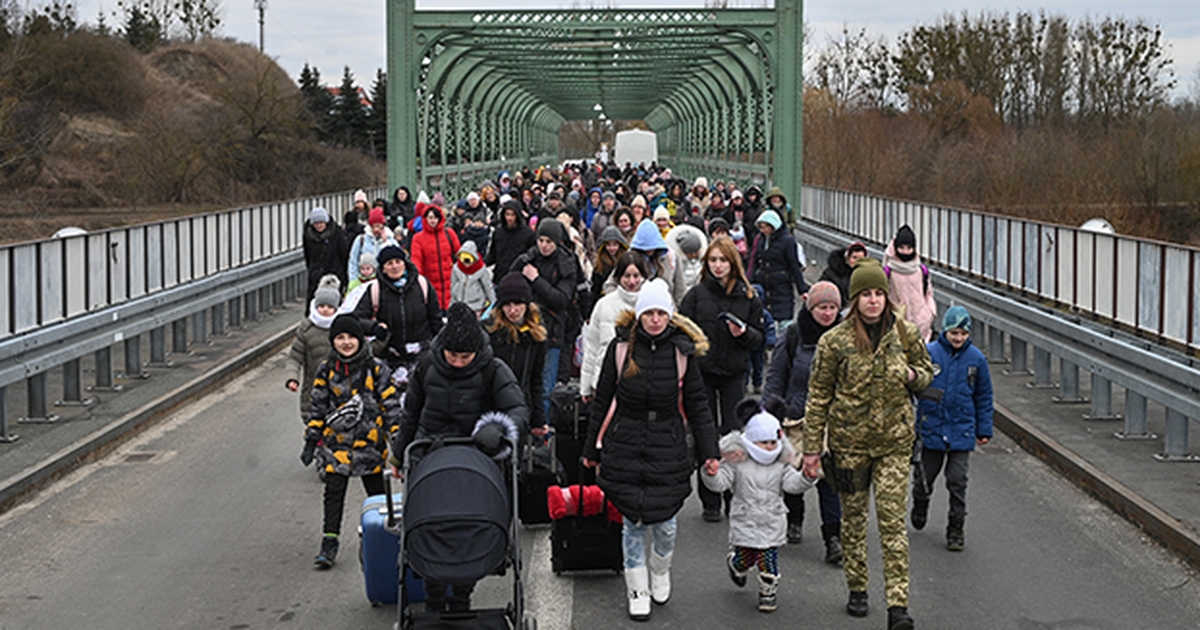 The corridors cover areas such as Kyiv, Mariupol, Kharkiv, and Sumy. Previous attempts at ceasefires to allow civilians safe passage failed over the weekend.

However, the evacuation routes have been criticised for only allowing people to access Russia and Belarus.

What are humanitarian corridors?

The United Nations considers humanitarian corridors to be one of several possible forms of a temporary pause of armed conflict.

They are demilitarised zones, in a specific area and for a specific time — and both sides of an armed conflict agree to them.

Basically, they are set up in order to reduce civilian casualties during a war.

Via these corridors, either food and medical aid can be brought to areas of conflict, or civilians can be evacuated.

The corridors are necessary when cities are under siege and the population is cut off from basic food supplies, electricity and water.

In most cases, humanitarian corridors are negotiated by the United Nations (UN). Sometimes they’re also set up by local groups. Since all sides need to agree to set up the corridors, there is a risk of military or political abuse.

What is Russia offering?

The routes will only extract people to Russia, Belarus or other parts of Ukraine.

Here are the routes being offered by Russia:

A Russian military statement says it will carry out “uninterrupted objective control of the evacuation, including with the use of drones”.

Why have the humanitarian corridors been criticised?

The corridors have been criticised for providing Ukrainians with routes to Russia and Belarus – the countries that are attacking their home.

“These are citizens of Ukraine, they should have the right to evacuate to the territory of Ukraine.”

James Cleverly, UK Government minister for Europe and North America, told BBC Breakfast: “Providing evacuation into the arms of the country that is currently destroying yours is a nonsense.”

The humanitarian corridors came at the direct request of French President Emmanuel Macron; and not from the UN

However, he has said he did not request for corridors to be made into Russia.

“The president of the Republic has neither requested nor obtained corridors to Russia after his conversation with Vladimir Putin,” the Elysee presidential palace told BFMTV.

“The president of the Republic insistently asks to let the civilian populations leave and to allow the transport of aid.

“It’s another way for Putin to push his narrative and say that it is the Ukrainians who are the aggressors and they are the ones who offer asylum to everyone.”

Also, Russia broke an earlier ceasefire agreement at the weekend by continuing to heavily shell the cities of Mariupol and Volnovakha.

Ukraine has said civilian evacuations were halted in two cities in the country’s southeast because of continuing attacks, an account dismissed by Russia which had announced a temporary ceasefire to allow more than 200,000 people to escape the fighting.

Sky’s security and defence editor, Deborah Haynes, is in Lviv, in western Ukraine, and says the plan is similar to that implemented by Russia in Syria in 2016.

“So the idea that civilians under Russian bombardment are then supposed to be evacuated into Russia or into Belarus is clearly not being accepted by the Ukrainian side.

“It reminds me of what happened in 2016 in Syria, when Russia intervened there to help the Assad regime and deployed very similar tactics in terms of heavy bombardment, heavy weapons, artillery fire into civilian residential areas.

“And then opening up so-called humanitarian corridors to areas held by Assad.”

On the overall humanitarian picture, Haynes went on: “Some people are running out of food, water, power – it’s cold in this country and people do not have medical supplies.

“It is a really desperate situation.”

What Happens to Nigerians still in Ukraine?

Many Nigerians made the choice to remain in Ukraine or flee to other European countries. The implication of Russia’s humanitarian corridors for Nigerians will be that they will no longer have the option of getting into Romania, the only visa free neighbour accepting Nigerians. They are left with the option of fleeing to Russia, Belarus, or remaining in Ukraine.