Home » Entertainment » “I was stoned, stayed indoors for three months after my nude video was leaked” – Kannywood actress, Safiya Yusuf

“I was stoned, stayed indoors for three months after my nude video was leaked” – Kannywood actress, Safiya Yusuf 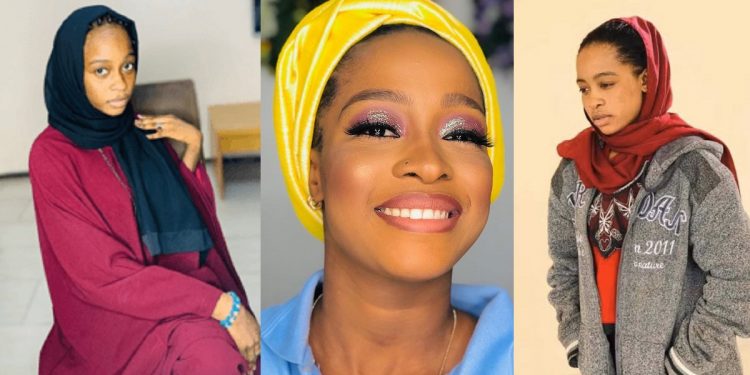 Kannywood actress, Safiya Yusuf , has opened up about her battle with depression, attacks online and offline after her nude video leaked in line.

In a recent interview with BBC Hausa, Safiyya said she did not post the nude video herself and accused her friends and associates who have access to her phone of having leaked the video.

She admitted to having filmed the nude video by herself, but said she never sent it to anyone. She also said she was not a lesbian as some people claim.

Speaking on her ordeal, Safiyya, who was suspended from a popular Arewa 24 film series, said she was stoned by a wronged person after the leaked video and also suffered cyberattacks and had to stay indoors for three months .

” 70 % of women now have this type of video on their phone. It’s just for fun, not for going on social media and a lot of women do it. I can’t say specifically who posted the video, but all I know is that it must have been one of my friends and associates who took my phone. Because I give them my phone.

“I was deeply shocked when I saw the video and how it went viral all over the world. In fact, when I received the news, I couldn’t stand up. J faced a lot of challenges, people laughed at me. There was a time when someone even stoned me, all because of this video. I had to spend three months inside without me. approach the gate of our house.”

The actress is suing revealed that she had almost deactivated her social media accounts after being heavily criticized online, but was talked out of it by her family who told her to take it as her destiny.