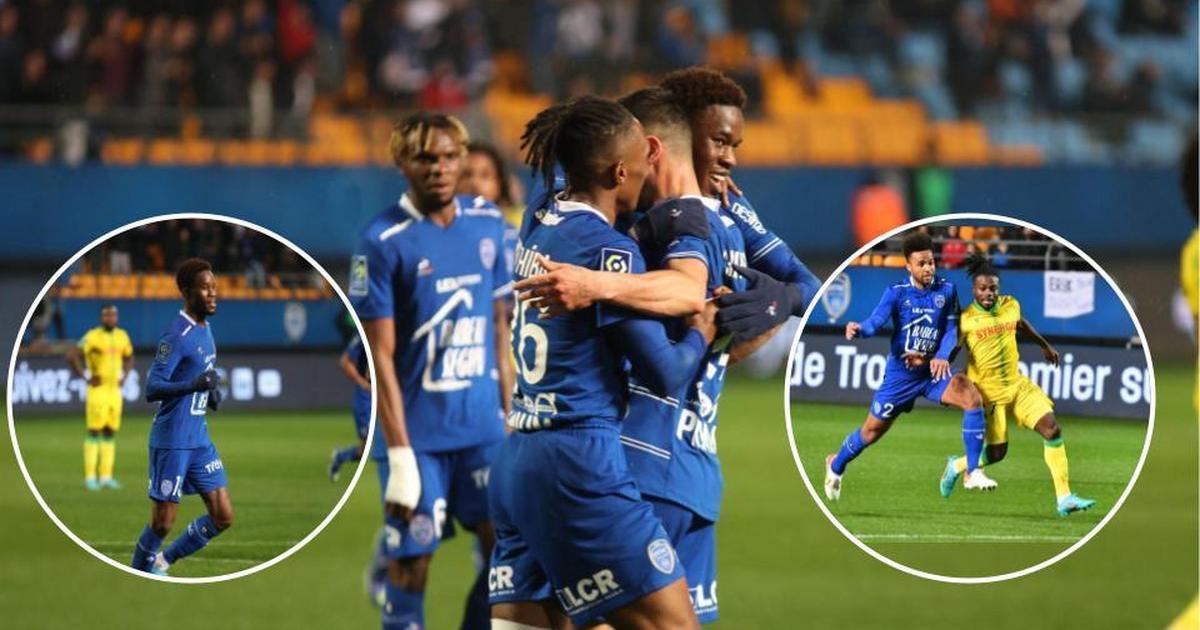 Simon and Nantes went, saw but failed to conquer their hosts, Troyes, who defeated them 1-0 on Saturday night.


Canadian international, Ike Ugbo, was the match-winner for the hosts after an instinctive first-half strike proved to be enough to earn his side all three points at home.

The 26-year-old, who featured for 90 minutes, has now gone three matches without a goal or assist, with Nantes losing their six-match unbeaten run after the result today at Troyes.


A big blow to Simon and Nantes’ dream for European places next season, they find themselves two points off in 7th position on the Ligue 1 table at the moment.


For Simon, he has scored three goals and assisted seven others this season for Nantes in the league.