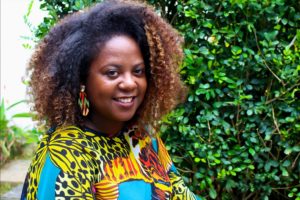 “I am a very positive person, and I hope to spread this positivity around. Each and every person has the right to lead a good life,” said Jasmine Toulouse, forcefully.

Toulouse would know. Growing up in the fishing village of Black River in Mauritius, she experienced first-hand what it meant to be poor. Compared to other parts of the country, facilities in this area remain scarce, and many live in deprived circumstances. Today, however, this experience is Toulouse’s driving force. The renowned 35-year-old singer is also a respected social worker and a politician who is drawing on her experiences to empower women in her childhood village and around the country.

As a survivor of gender-based violence, Toulouse shares her story every chance she gets. She revealed in an interview with Bird Story agency that “many times I had to hide bruises under my make-up and pretend everything was fine. Though I have a strong personality, I was ashamed and feared what people would say about me; while I walked with my head down, my aggressor stayed proud,” she added.

Statistics indicate that 24 per cent of women in Mauritius have experienced some form of violence in their lifetime. Furthermore, the country has more unemployed women than men.

However, Toulouse’s ordeal did not last. One day, she decided to bring it to a stop. “I just walked away and decided to stand on my feet by myself.” 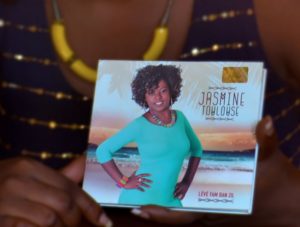 It was hard, but she wanted safety for both herself and her child. As a single mother, she would have to work hard to cater to her child’s needs. Known in her region for her beautiful voice, musicians encouraged her to start a career as a singer.

Toulouse turned to music as a source of income. But this proved much more to her. Music also became a source of healing. She was able to voice her experiences and talk about many of the issues that led to her distress. Today, she is using her songs not only to address issues of gender inequality and abuse but also the system that allows and perpetuates the abuse—a political system.

Toulouse initially shared her experiences in a musical album, “Leve fam dan Zil” (Stand up island women). The album includes traditional Mauritian songs, known as segas. Her segas talk about life, its difficulties, and the hope that has paved the way for her to feature in many concerts and shows around the country. Because of her impact, in 2019, Toulouse was approached to run for political office.

During the 2000 general elections, she ran for parliament with the Mouvement Militant Mauricien, one of the classical political parties of Mauritius. She lost, but got a lot of support and learned a lot, and has since remained close to the people in the Black River region, where she hails from. Toulouse remembered, “I had no money to finance the election and no political backing.” 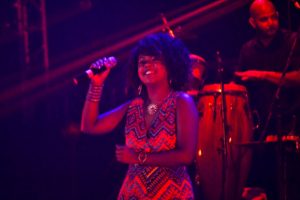 She is now looking towards the next election, in 2005. “I carry on my political engagement, hoping to be in parliament one day, to bring forward my ideas and to be able to better cater to people,” she said.

Toulouse also works for the NGO Eco-Sud as a social coordinator. She helps to organize groups of social workers who work with vulnerable families in the southwest part of the island.

Importantly, Toulouse works hard to inspire other women, usually by example. Even as a mother to a school-going child, she resumed her education, signed up at university and graduated with a diploma in management.

She also conducts literacy and training programs to equip people from poorer areas with employable skills to provide for their families. A mental block keeps many people from breaking free from the chains that were put on society through slavery and colonization. This block is still very common. 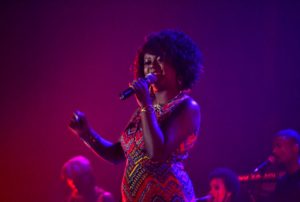 “Because of the prejudices, the lack of opportunities, and the aftermaths of slavery that still affect people in the region, many think that they cannot have a better life,“ Toulouse explained. “I came forward to tell them that we can improve things if we work for it,” she added.

“Women have the capacity to do many things. We have to stand up for ourselves and join hands to move forward,” she said, before breaking into a rendition of the famous Bob Marley and the Wailers song, “Get up, Stand up.”

Yvonne Orji chats with Ebuka about Her Nigerianess, Career & Everything in Between on “Black Box Interview”