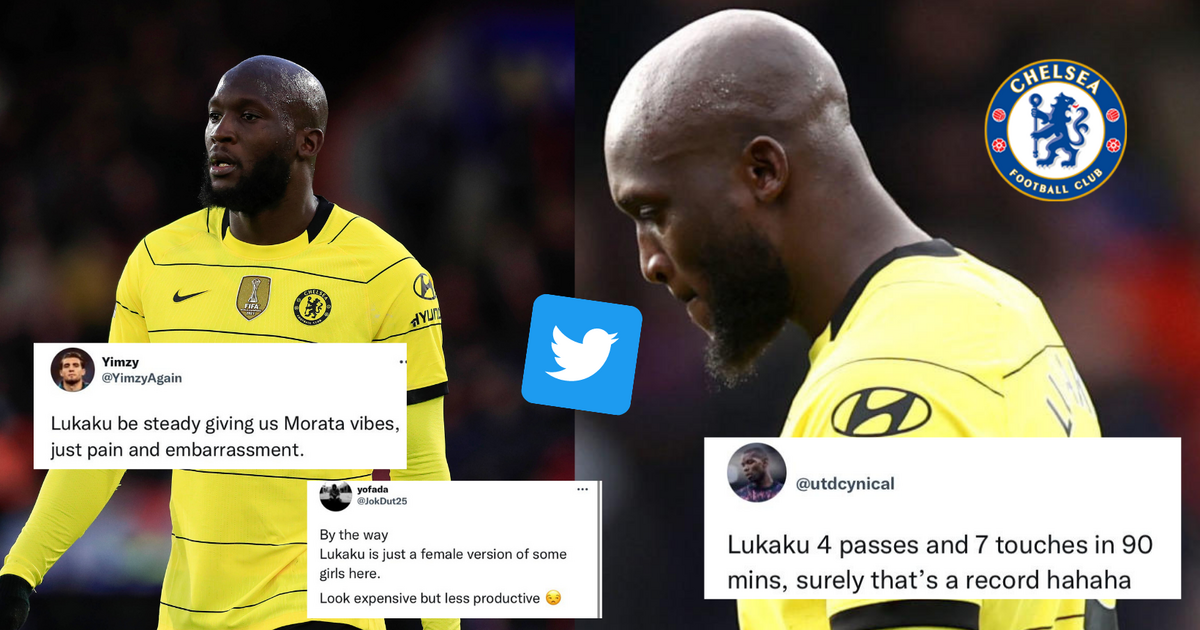 The Blues struggled at the initial stages of the game to create chances and cope with the Eagles’ intensity, ending the first half with both sides drawing blanks with Wilfred Zaha coming closest to breaking the deadlock in the first half after setting himself up against Edouard Mendy.

Hakim Ziyech thought he had finally broken the deadlock in the 76th minute of the second half after Palace keeper, Vincent Guaita parried away Romelu Lukaku’s close range shot to the path of the Moroccan, only to be deemed offside by VAR.

However, the 28-year-old wasn’t to be denied the second time after he latched on to a cross from substitute left-back Marcos Alonso a minute to stoppage time to give Chelsea the lead which eventually turned out to be the winner.

The biggest highlight from the The Blues win however was an embarrassing statistic that emerged concerning Chelsea’s record-signing Romelu Lukaku.

The Belgian striker had only 7 touches in his 90 minutes on the pitch – a figure that certainly wasn’t pleasing to the Blues fans who reacted on social media: