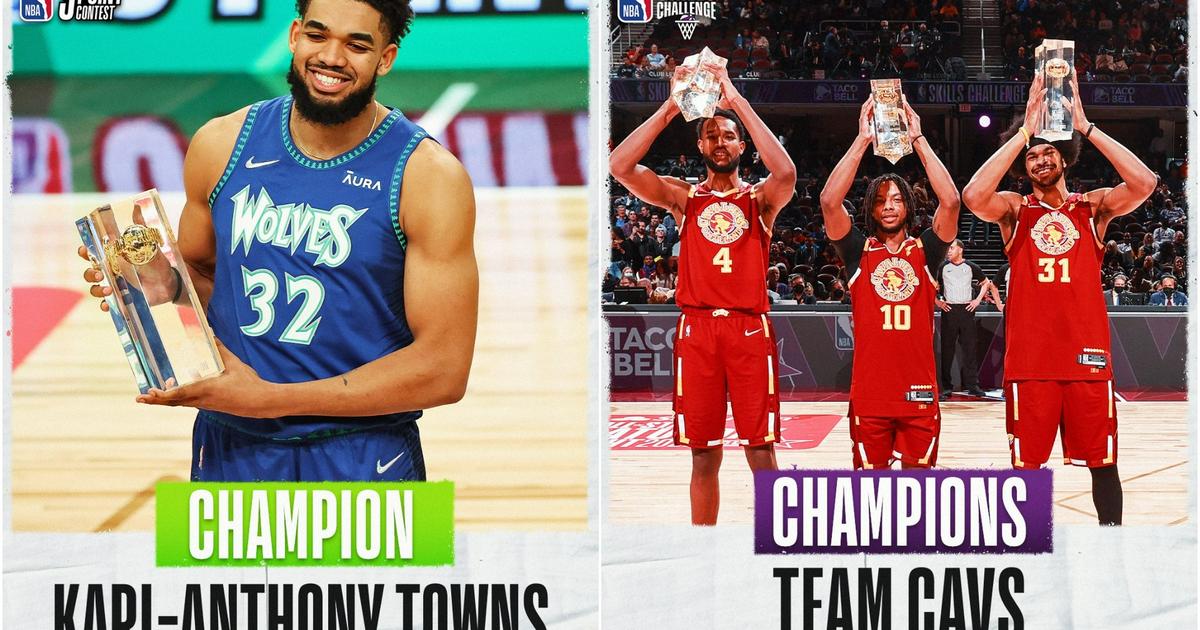 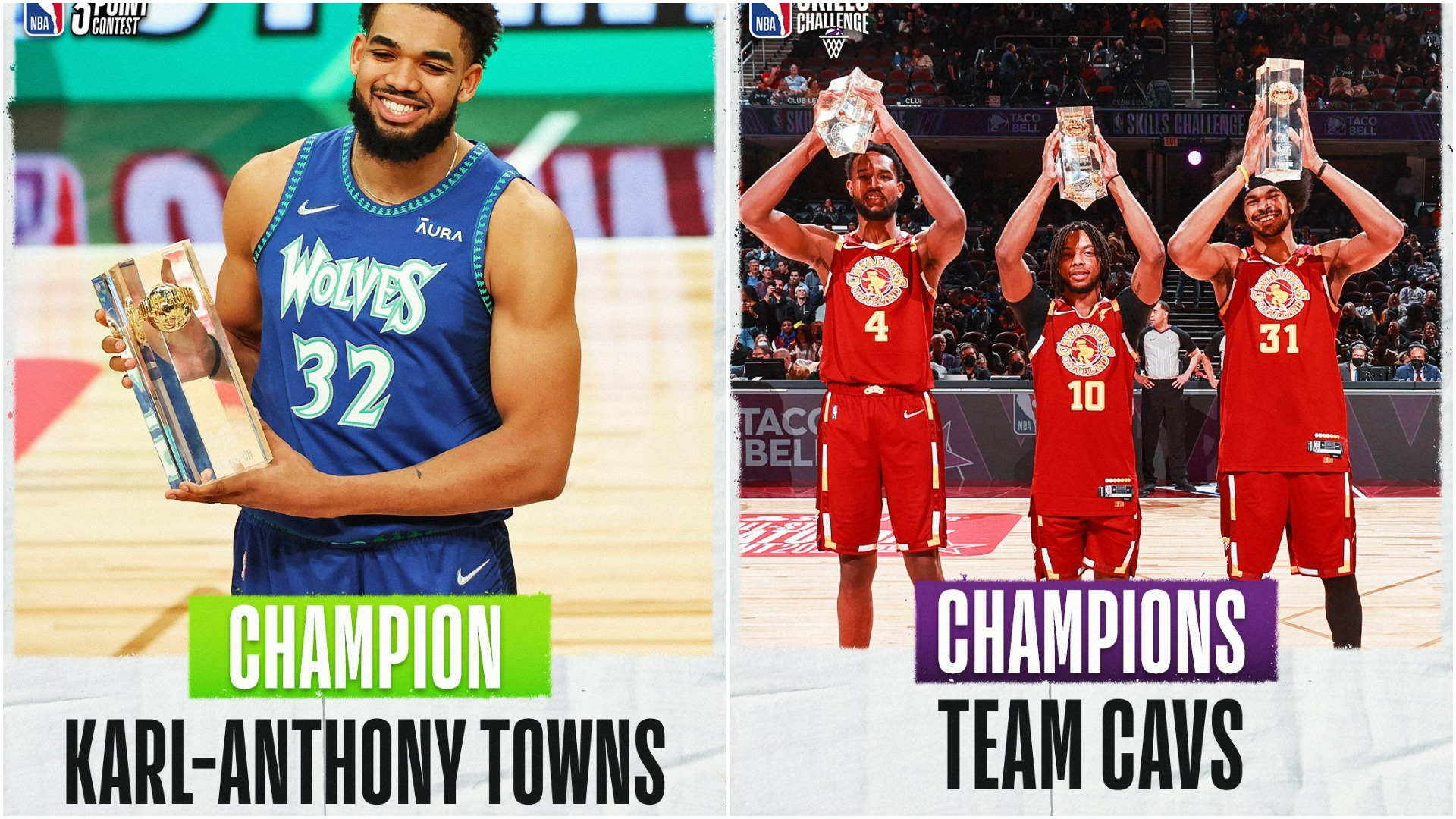 The team representing the Cleveland Cavaliers were emerged winners of the revamped Skills Challenge.

The buzz ahead of the challenge was the participation of the Antetokoumpo brothers led by two-time MVP Giannis.

The Anetokoumpo brothers finished third as the battle was between the Team of rookies and Team Cavs.

Rookie Evan Mobley turned out to be the hero hitting a half-court shot on his first attempt as Team Cavs finished the final part of their challenge in 5.5 seconds.

Fred VanVleet and Patty Mills in the opening round. Towns then scored 29 in the final round to edged Young and Kennard to the title.