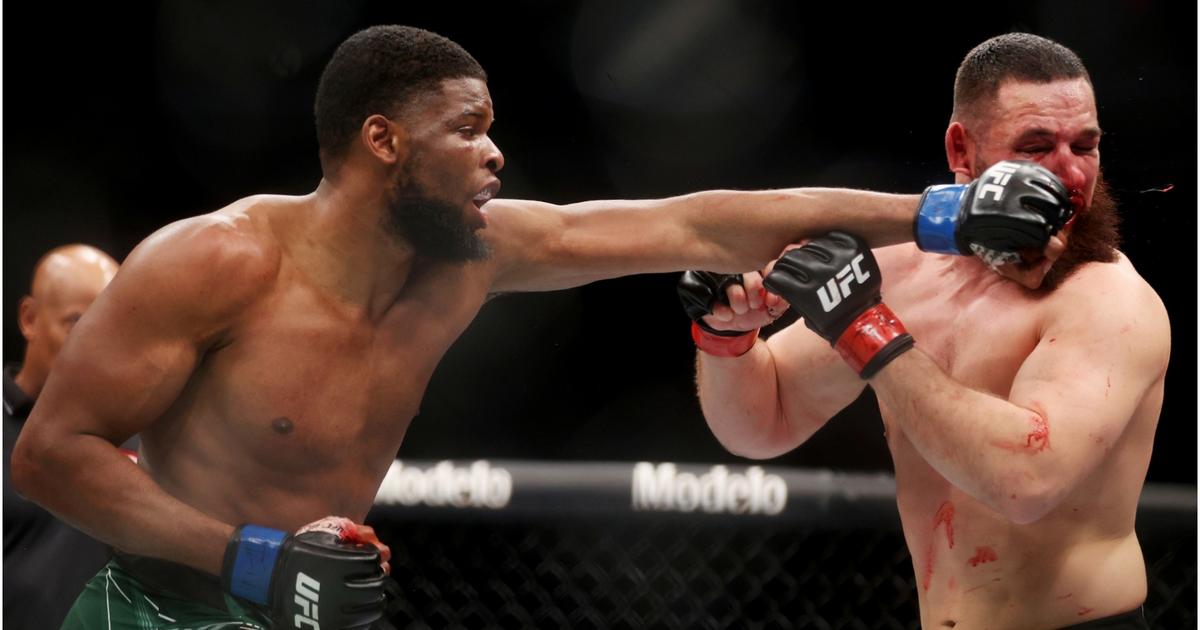 The African savage as Nzechukwu is known as wore the green short representing Nigeria.

There was not much throwing in the first round as the first was slow-paced which resulted in some boos. Nzechukwu landed a pair of punches as the round ended.

In round two there was a lot of cage-squishing with repeated one-punch combinations from the Imo state Negumereanu.

With a wicked jab Nzechukwu connected with Negumereanu whose nose started bleeding.

In round three, Nzechukwu was able to land a big knee after the initial stoppage due to a poke in the eye of Negumereanu.

Nzechukwu was also able to land a right on the temple of his opponent. This was an explosive round as both fighters gave their all.

Nzechukwu who is one of the rising contenders in the UFC Light Heavyweight division now has a record of 9-3 as he continues to build his career.