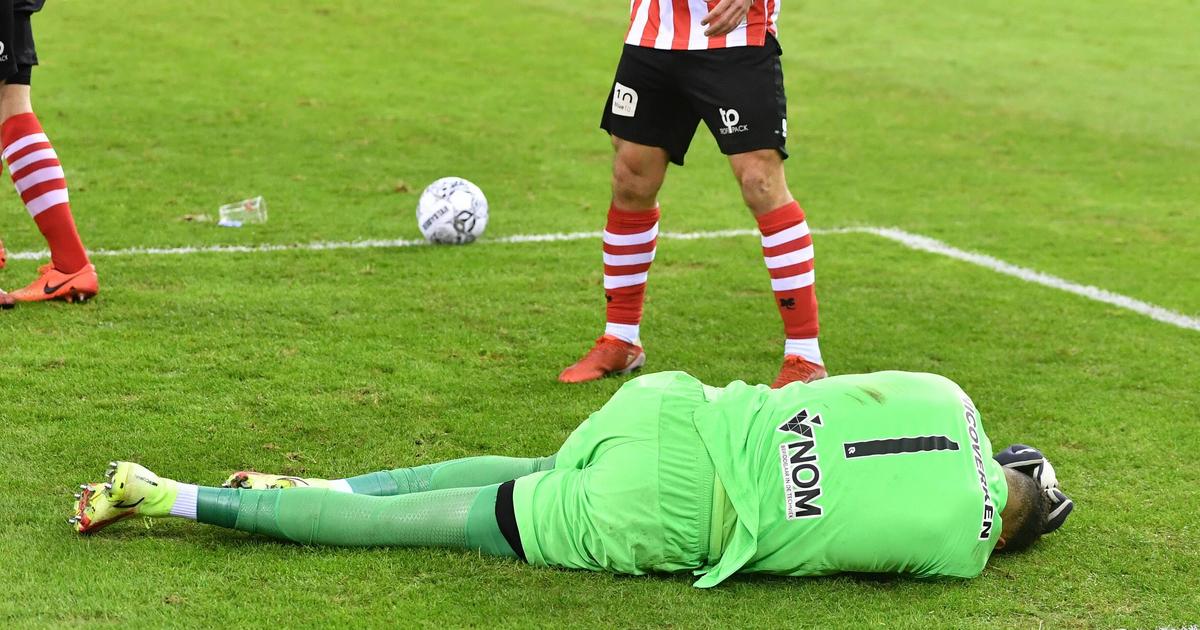 KNVB announce formal investigation into Maduka Okoye being hit by a bottle but insist Vitesse Arnhem vs. Sparta Rotterdam match must be completed

The match was abandoned by referee Rob Dieperink in second half additional time after Rotterdam goalkeeper Maduka Okoye was hit by a bottle thrown from the stands.

The 23-year-old shot-stopper went down immediately in his goal post and Rotterdam players subsequently walked off the pitch and refused to return which led to the abandonment of the match.

In an official press statement, the KNVB cited ‘disturbances from the (home) public’ as the reason the match was stopped after the referee duly consulted with both clubs.

The statement read: “The match between Vitesse and Sparta has been stopped at a 0-1 score tonight (March 4, 2022) due to disturbances from the (home) public. This was done after consultation of the referee with both clubs.

“The incident will now be investigated by the disciplinary committee. The investigation will focus on the question of guilt for the incident. The professional football board will then have to decide what to do with the remainder of the match.

The KNVB stated that there are three options for the match to be completed including continuing the match from where it stopped and playing the entire match again.

“The board has three options here. The intermediate score (0-1) becomes the final score, the match must be continued from the moment of abandonment or the match must be replayed in its entirety,” the statement said in part.

Earlier in the match, Okoye had to chase off a pitch invader in the 91st minute as Rotterdam laboured to hold on to a slim 1-0 victory as they battle to leave the relegation zone.

The Super Eagles’ No. 1 also made an incredible nine saves in the match, including a 64th-minute penalty in a hotly-contested match at the Gelredome.