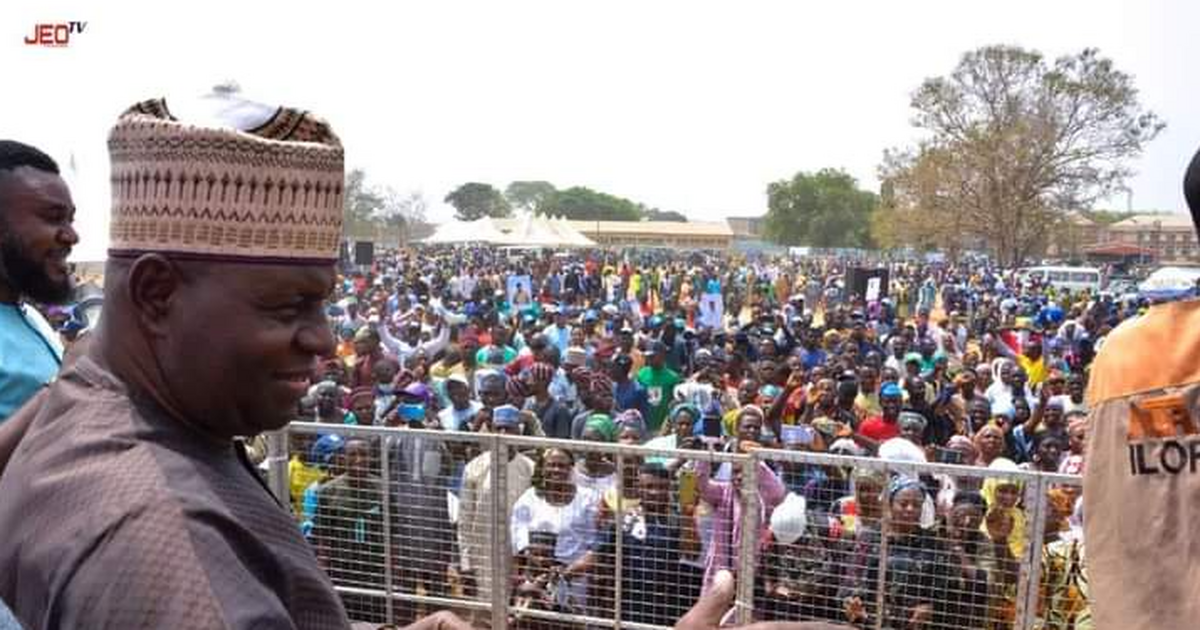 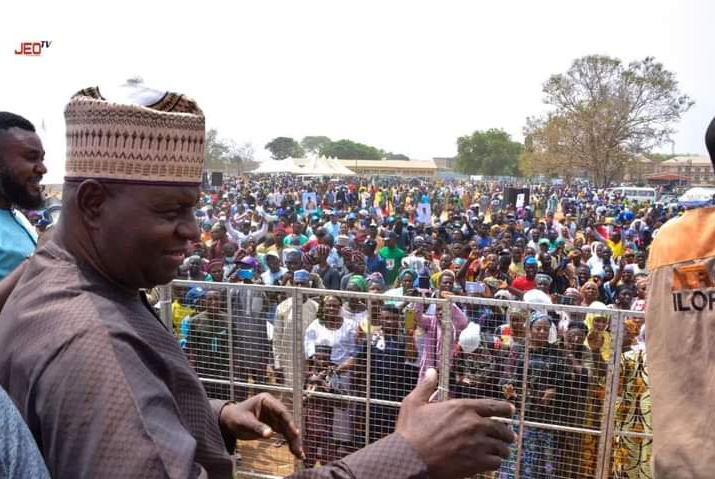 APC leaders, executives from the 193 wards and 16 local governments of the state and other party faithful converged at the Niger River Basin open field in Ilorin on Wednesday for the special prayers.

The event, themed “God Save APC”, was characterised by inter-religious prayers, as both Islamic and Christian clerics, Alfa Shuaib Cisse and Reverend Gabriel Olaoye led prayers for unity in the party and successful general elections come 2023.

The party also used the occasion to pray for President Muhammadu Buhari in choosing the right and credible person as his successor in 2023.

Speakers at the event included 193 ward chairmen, 16 local government chairmen and youths in the party as well as party stalwarts.

They said that they have been marginalised and disenfranchised despite complaints lodged with the national leadership of the party.

The people lamented that the ongoing crisis in the party portends grave danger for the fortune of the party in 2023 and subsequent elections in the state.

They said that the war of attrition rocking the party is also capable of leading to mass defection of members to other parties in the state, if not addressed on time.

They, therefore, urged the leadership of APC in the state and Abuja to urgently intervene and salvage the situation.

Addressing the gathering on behalf of the 193 APC ward chairmen, Mr. AbdulRasheed AbdulRauf said peace had eluded the party since the inauguration of the APC government in the state in 2019.

“The house is falling and we hereby appeal to our local government and state leadership to take urgent measures to retain our members at the grassroots, otherwise, the horse will bolt out of the stable,” he said.

Also speaking on behalf of the 16 APC local government chairmen in the state, Mr Muyideen Shittu, accused Gov. AbdulRahman AbdulRazaq of disenfranchising party members during the registration and revalidation exercise.

“This, we believe should not be the attitude of a party that is desirous of winning future elections in the state.

“So, we want to also let you know that we are under serious pressure in our various local government areas, particularly as the 2023 general elections draw near.

“Majority of our members are desirous of contesting for elective positions. The APC broom is falling, we need to put it together quick and fast,” he said.

On his part, Mr Yinka Raji, who spoke on behalf of the Kwara APC youths, said that they were not carried along in the running of the APC government in the state.

“We want to let you know on behalf of all the majority of our members at the local government levels have continued to put pressure on us and they are eager to know whether we should continue to remain in the party and suffer or take our exit from the party.

“This is in the light of the fact that the 2023 general elections are fast approaching and our members are desirous of contesting for various elective positions,” he said.

Responding, the APC factional chairman, Mr Bashir Bolarinwa, assured members of the party that their grievances would be transmitted to the appropriate quarters.

“We will take all your complaints to their doorsteps. We hope this time around they will listen to us.

“I have the feelings and I pray for them that Almighty God will open their eyes and make them realise that those of us in the APC Loyal are the true members of the party in the state.

“If APC must make any meaningful impact in the state, then Abuja must listen to our pleas.

“They must look into our matter and they must do something positive.

“I hope they will listen because I am confident that, definitely they will not want to lose us.

“Having said that, I want to appeal to all of us once again, and I want to tell us that by the grace of God, we will have a cause to laugh at the end of the day.

“Secondly, we have also prayed for President Muhammadu Buhari as the leader of our party as well as the number one man in Nigeria.

“There is no way our party can be talking of a successor without his important input.

“We asked God to guide and give him the required wisdom to be able to lead the party in choosing a good successor that will keep the flag of the party flying,” he said.