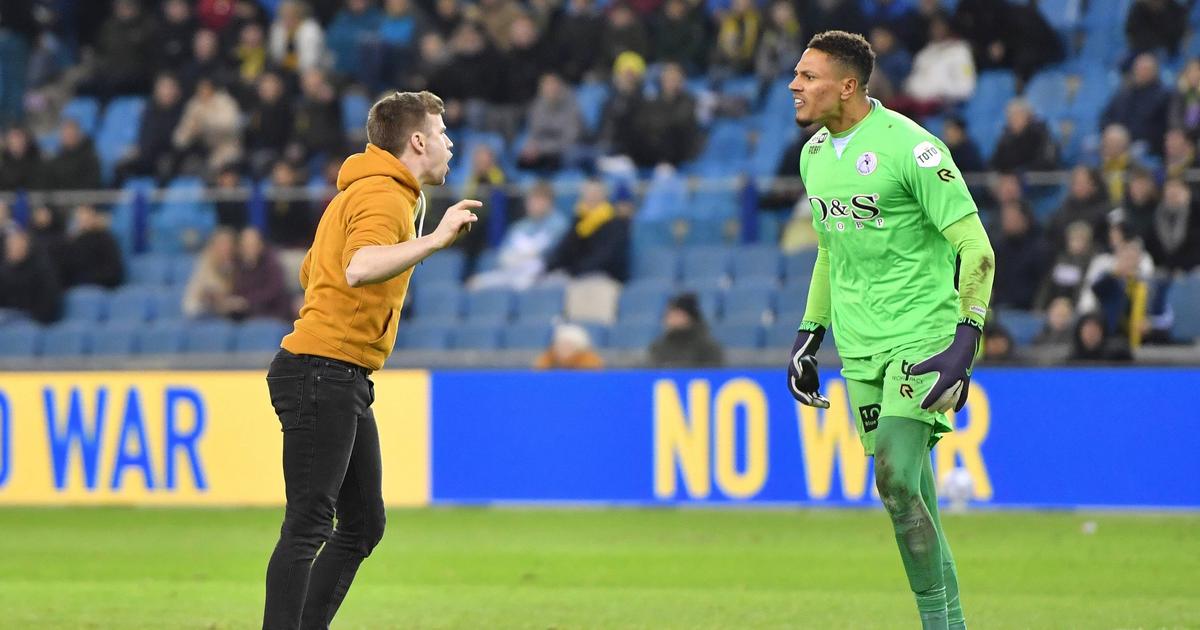 Okoye was having an incredible match away at the Gelredome, having already made nine saves including a 64th-minute penalty to preserve his team’s slender 1-0 lead when he showed absolute courage and calm as the game wound up.

In the 91st minute of the match, a middle-sized spectator broke into the pitch and approached Okoye’s penalty area but the 23-year-old goalkeeper faced the invader and gestured authoritatively for him to get off the pitch.

Okoye chased off the pitch invader before other Rotterdam players arrived on the scene.

The Super Eagles goalkeeper was in imperious form on Friday and put in a Man of the Match performance before events went out of hand in the dying minutes of the match.

In second half additional time, Okoye was hit by a bottle thrown from the crowd as he walked in his goalpost in readiness for the final whistle.

Okoye immediately went down on the turf and all Rotterdam players subsequently walked off the pitch in response to the attack on their goalkeeper.

Sparta Rotterdam players refused to return to the pitch which led to the abandonment and cancellation of the match by Referee Rob Dieperink.

The league governing body of the Eredivisie is yet to release a definitive statement on the match as at the time of the report.