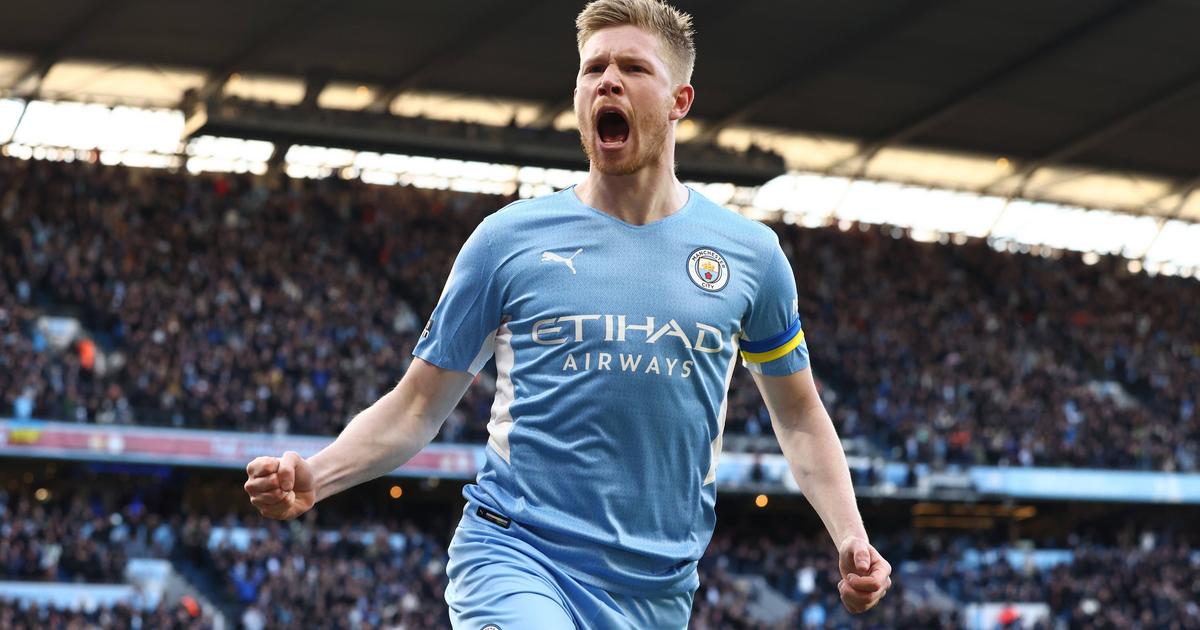 Guardiola’s men went ahead in the fifth minute, when Bernardo Silva set up teammate Kevin De Bruyne inside the box, and the midfielder played a driven shot that found the bottom left corner.

It was all coming from De Bruyne in the first 20 minutes – the midfielder let off a powerful shot from outside the box, which cannoned off a Manchester United defender. The midfielder then went past two defenders before forcing a low save from De Gea

.Manchester United found their way back into the match courtesy of a Jadon Sancho goal. The winger got away from two manchester City players before cutting onto his right foot, then firing his shot from outside the box past Ederson.

United had themselves to blame when Anthony Elanga lost possession deep in their half.

Phil Foden weaved his way into space before firing a shot towards David De Gea, the goalkeeper did well to deny Foden and Bernardo Silva on the follow-up, but Kevin De Bruyne arrived to score.

The game was briefly halted in the 35th minute, with reports claiming a fan suffered a medical scare. When it was confirmed that the fan was okay, the game resumed.

The Red Devils almost scored with their final chance of the half, but Alex Telles’ scissors-kick was blocked by John Stones.

The second half continued in the same way the first had ended, with City dominating proceedings.

In the 67th minute, De Bruyne delivered a tempting cross from a corner toward the Mahrez, who let off a powerful shot that deflected off Harry Maguire and into] the back of the net.

The Algerian forward was not done with United just yet, and he eventually bagged a brace with another goal in the last minute of the game.

Mahrez then scored a brace to round up a humiliating match for Ralf Ragnick’s men. Ilkay Gundogan played in a sublime ball to the Algerian, who then blasted a powerful shot that deflected in off David De Gea.

VAR had to check for a possible offside, and the goal stood after the review.