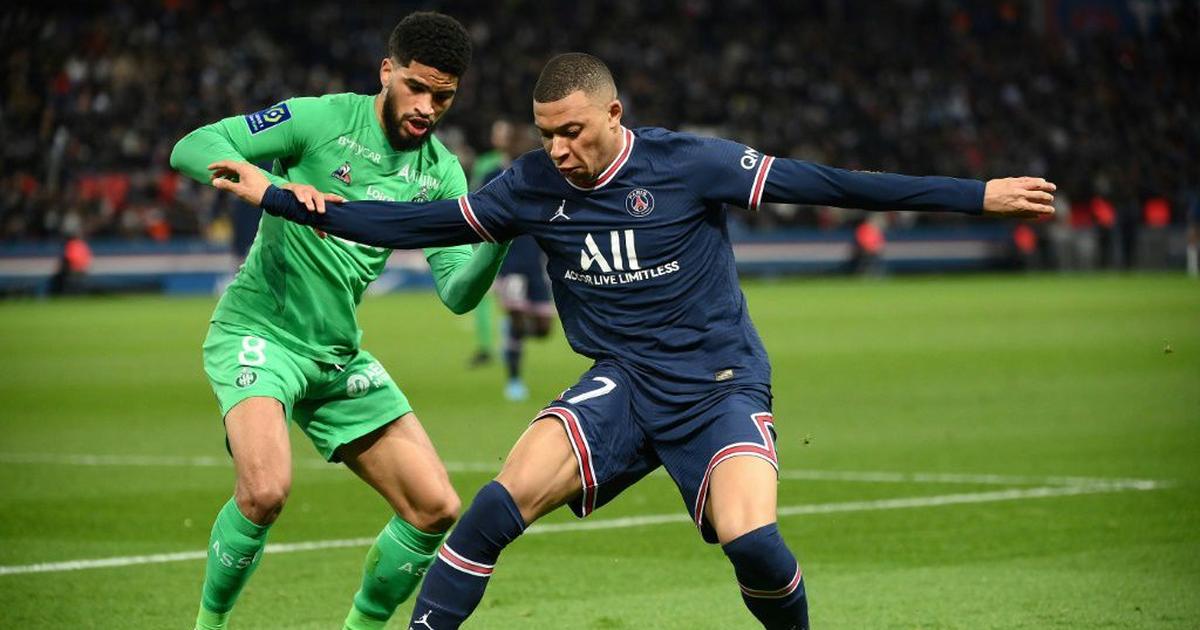 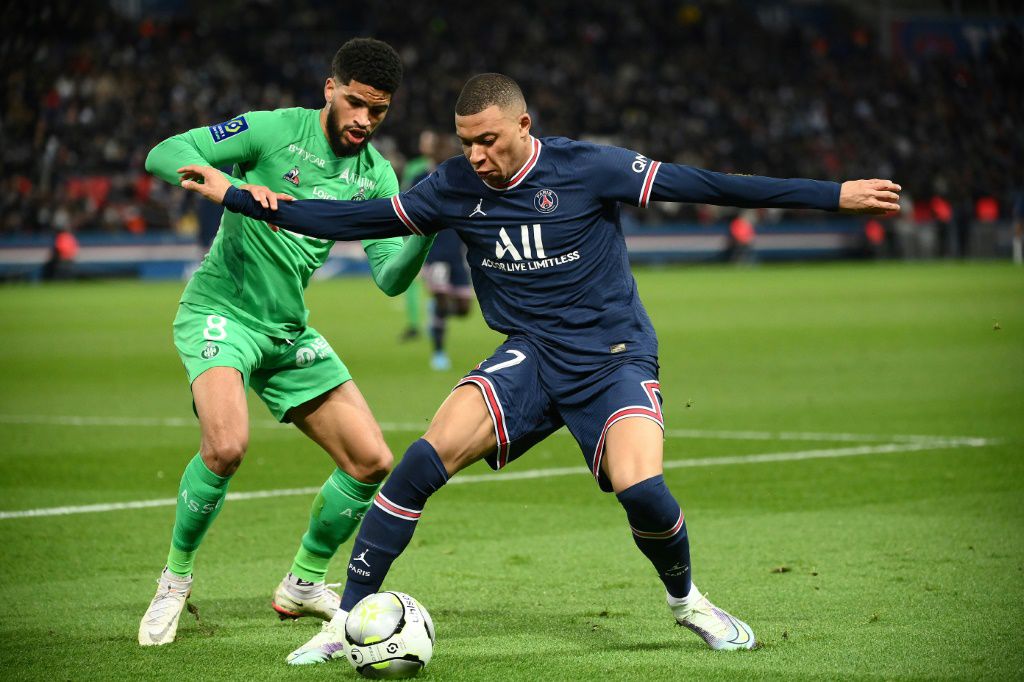 Denis Bouanga put the struggling visitors in front at the Parc des Princes only for Mbappe to equalise just before the interval, and the France striker struck again just after the restart.

He then set up Danilo Pereira to head in the hosts’ third goal as Mauricio Pochettino’s team bounced back after losing 3-1 away at Nantes last weekend and moved 16 points clear of Nice and Marseille as they cruise towards the French title.

PSG were three goals behind at half-time against Nantes and they were punished for a slow start here, Gabon international Bouanga pouncing on a mistake by Pereira to fire past Gianluigi Donnarumma.

Yet the home side eventually came to life and Mbappe continued his outstanding recent run of form, with his brace taking him on to 24 goals in all competitions this season.

Mbappe has now scored 156 goals in a PSG shirt, equalling Zlatan Ibrahimovic’s tally from his four-year spell in Paris between 2012 and 2016.

Only Edinson Cavani, with 200, has scored more goals for the club.

“It is not easy to describe his performances. He is incredible. I am proud of him,” said Pochettino.

Mbappe was withdrawn to a standing ovation late on at the Parc des Princes, where supporters kept themselves warm on a bitterly cold night by performing a Mexican wave as their team turned on the style.

The World Cup-winning striker will now serve a suspension and so will miss next weekend’s trip to Nice which will be followed by the second leg of PSG’s Champions League last-16 tie against Real Madrid in Spain on March 9.

There Paris will defend the 1-0 advantage given to them by Mbappe’s goal in the first leg.

Here he scored the equaliser three minutes before the interval, latching onto Messi’s excellent pass and firing in a shot that Saint-Etienne goalkeeper Paul Bernardoni should have saved.

Messi then produced another terrific pass for Mbappe to emphatically fire in two minutes after the restart to put the home side ahead.

“He is magnificent. All that was lacking today was a goal,” Pochettinto told broadcaster Canal Plus of Messi’s influence.

“We are gradually playing better and better.”

The third goal arrived in the 52nd minute as Mbappe delivered a superb cross with the outside of his right boot for Portuguese midfielder Pereira to head in, and PSG then came close to adding to their lead on several occasions.

Angel Di Maria, on as a substitute, hit the post direct from a corner, while the lively Neymar and Georginio Wijnaldum also struck the woodwork late on.

Saint-Etienne remain just a point above the relegation zone before their rivals at the foot of the table all play on Sunday.

Earlier Nice leapfrogged Marseille into second on goal difference with a 0-0 draw away at Strasbourg, who sit in fifth place.

Rennes are above them in fourth on goal difference after winning 4-2 away at Montpellier on Friday.

Marseille play on Sunday at Troyes while Lyon take on Lille, who lost 2-0 at Chelsea in the Champions League in midweek.