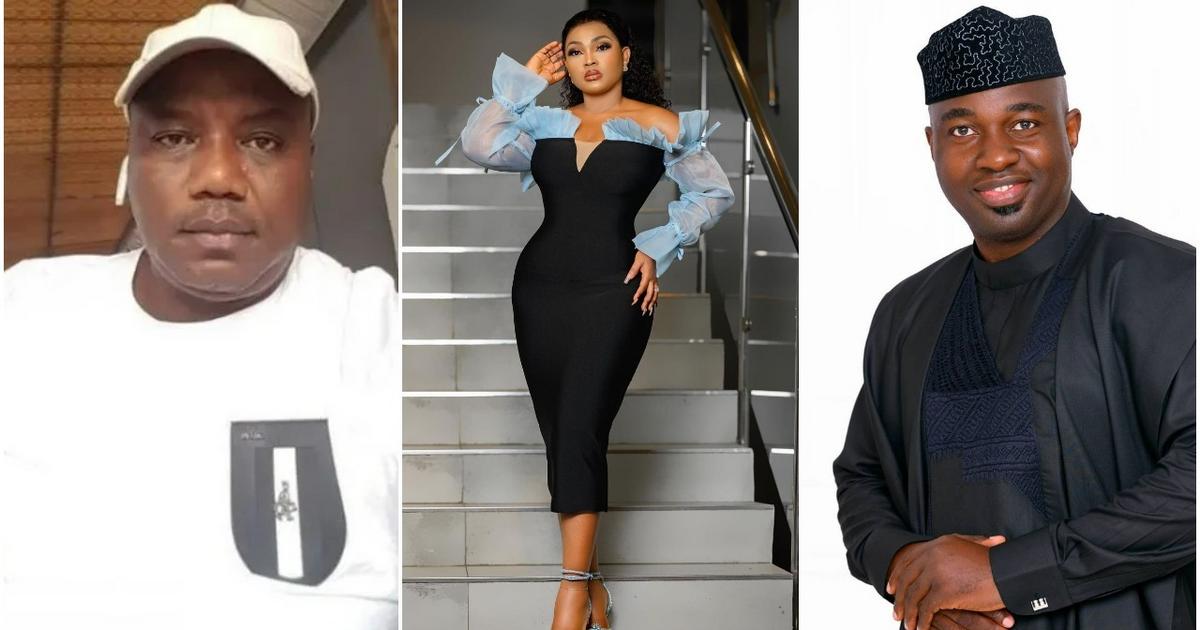 
Gentry made this known recently during a chat with Punch Newspaper.


“I do not blame Mercy. The blame should be on Adeoti’s first wife for bringing Mercy into her family. People like Funso who love to follow actresses (about) in a bid to make friends with them need to be very careful,” he said.

“It is dangerous to bring a person whom you do not know into your home simply because the person is a celebrity. In all honesty, Funso and Mercy were friends. She (Funso) was the one who invited Mercy and I to her husband’s 40th birthday celebration some years back.”


Gentry revealed that it was his former wife who told him about Adeoti’s surprise birthday party.


“Mercy Aigbe knows within herself that what she did to Funso and her family is very bad. It was Mercy that told me her friend was organizing a surprise birthday for her husband and we were invited,” he revealed.

He also cleared the air about the period Aigbe began her illicit affair with Adeoti.


“Unlike what many are saying, my son, Olanrewaju, was not five months old at the time, he was over a year old. We attended the event, and that was the first time I met Adeoti and his wife. Funso, who was Mercy’s friend at the time, introduced Adeoti to Mercy and I. After that, Adeoti used to come to my home, office, and hotel,” he said.


“Mercy later told me they were working together and that he was her marketer. I was 100 percent sure that Mercy and Adeoti were seeing (dating) each other, and I used to tell her that what she was doing was very bad.”

“I am a socialite, and I definitely know when something (intimate) is going on between a man and a woman. I really don’t want to be involved in this issue because I have remarried, and I respect my (new) wife. People should learn to handle their homes properly and stay away from strange friends.”


Gentry and Aigbe have been at loggerheads since their separation in 2017.


The car dealer moved on and tied the knot with his second wife, Oluwabusola in September 2021.