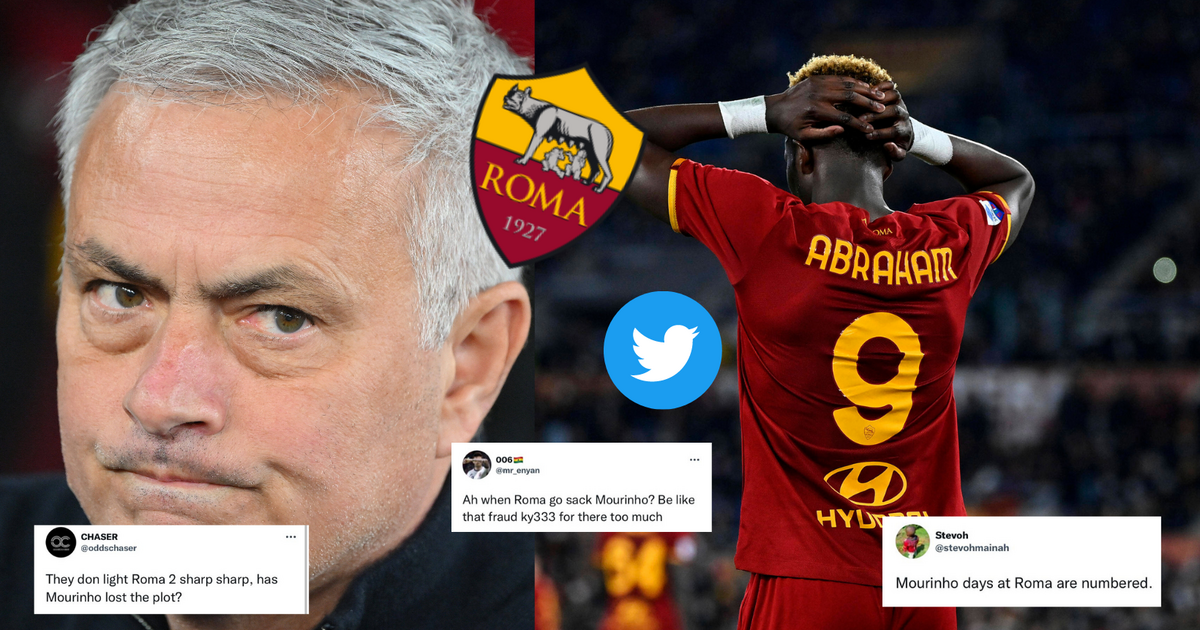 The Romans started the game in ackward fashion going behind by 2 goals in the first half courtesty of lacklustre defending as well as weak game play.

However, the Mourinho-led side roared back in the second half, scoring first in the 65th minute courtesy of Cristian Volpato before Edoardo Bove scored the leveller in the 84th minute to spare the Romans of any blushes.

The result now meant that Roma have failed to win in any of their last 4 matches in all competitions, recording three draws and one loss and fans took to social media to air their frustrations at the team coach Jose Mourinho who eventually got sent off in stoppage time.

Check out some of the reactions below:

2023: CAN supports Sanwo-Olu for second term

Watch: Dramatic Moment Jose Mourinho gets sent off in stoppage time in AS Roma’s draw vs Hellas Verona (Video)

Watch: Dramatic Moment Jose Mourinho gets sent off in stoppage time in AS Roma's draw vs Hellas Verona (Video)