An Islamic cleric, identified as Alfa Jeje Agba, has opined that Muslims should also start paying tithes and offerings like Christians. 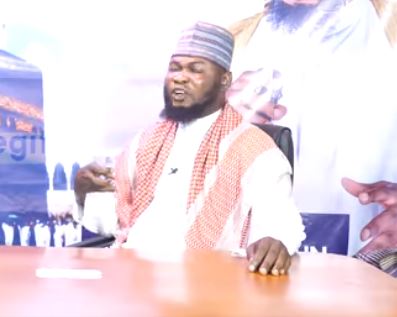 He made this assertion in a recent interview with Legit NG. According to him, Islamic clerics also need money to operate because they have a lot of responsibilities.

He also asserted that it would not cost some people anything to give to their religious leaders, and Muslims should also embrace the act of giving tithes and offerings to the Mosque.

Speaking further, Alfa Jeje Agba said new-generation alfas want to enjoy the wealth and prosperity that their ancestors couldn’t enjoy because of the way things were done in their time.

Watch him speak below,

In other news, a female pastor recently took to Twitter to narrate how the Holy Spirit woke her with a slap to help her neighbor who was trapped in her apartment.

In a series of tweets she shared on the popular micro-blogging platform, the lady with handle @Deborahmoses_s disclosed that she was fast asleep on Thursday evening, February 17, when she felt a sharp slap on her face.

After she was roused from her sleep, she said she felt an urge to go outside, only to discover that a next door neighbor needed help. Read here

“If you don’t know the shoe size of your spouse, you are bound in grave clothes” – Eucharia Anunobi (video)