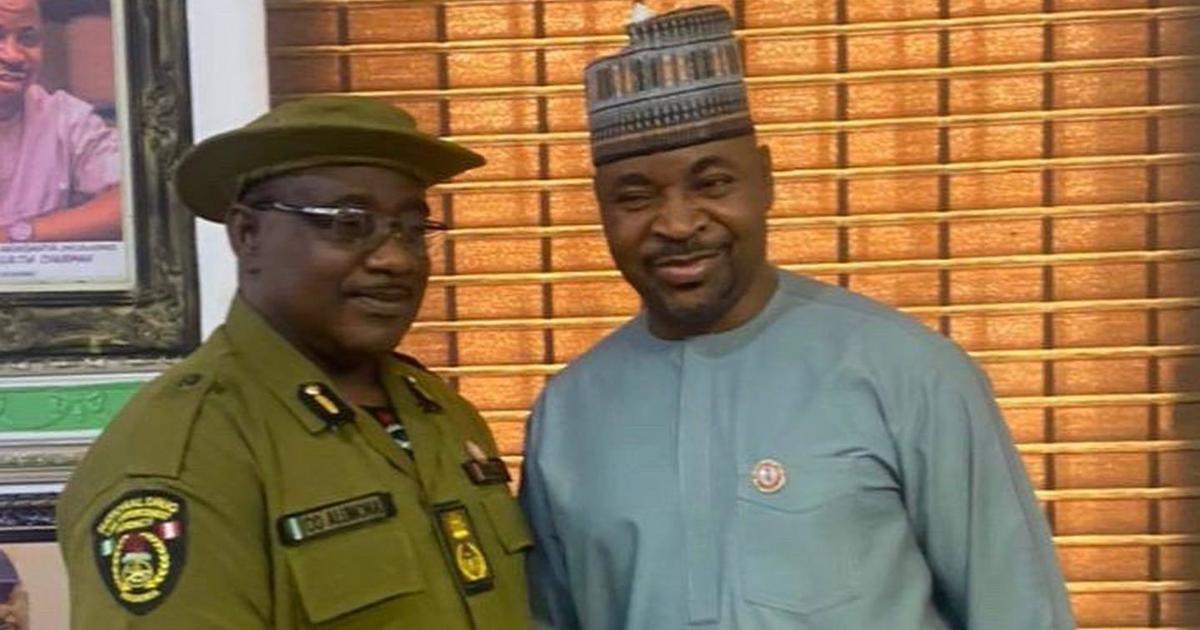 This was revealed by the Spokesperson, NDLEA Lagos command, Mr Mallum Musa, in a statement signed on Friday, March 04, 2022.

Musa said the event took place when the NDLEA Lagos commander, Mr Callys Alumona, led the agency’s management on a courtesy visit to the state chapter of the NURTW.

Alumona decorated MC Oluomo with the lapel of Ambassador of WADA, which signifies that the NURTW boss is now an ambassador of campaign against illicit drug.

The WADA campaign was launched by President Muhammadu Buhari on June 26, 2021, to commemorate the United Nations International Day Against Drug Abuse and Illicit Drug Trafficking.

According to Buba Marwa, the agency’s Chairman/Chief Executive, WADA’s objective is to galvanise all Nigerians, especially the youth population, to actively participate in the efforts to wash the society clean of drug menace.

Since WADA was launched, NDLEA has initiated evidence-based prevention activities, which include focused advocacy, drug awareness campaign, sensitization, treatment and care of People Who Use Drugs (PWUD).

Recall that the NDLEA had entered into a partnership with the NURTW as part of its collaborative efforts to achieve the goals of the WADA campaign.

The state commander disclosed that the reason for the visit to Oluomo on Friday was to allow the agency and NURTW reinforce their existing partnership to tackle illicit drugs across Lagos state.

Alumona reiterated that the NURTW has a critical role to play to check illicit drug trafficking as because the merchants usually use their vehicle to convey the drugs.

He said “The NURTW is critical in the war because they are service contractors, who provide transportation for human beings, goods and services in the country.

“The union must conduct proper check on all loads in their vehicles before embarking on any trip.

“These merchants of illicit drugs mostly use vehicles to transport the illicit goods across the country and even beyond,”.

MC Oluomo in his response promised to continue his sentisitasion of stakeholders in the transportation circle on the danger of aiding the movement of such illicit goods and services.

“No member will do such again to make quick money, knowing that when the law catches up with the person the end is not good.

“Such persons will go to jail and the vehicle will be forfeited to the government,” he said.

Chimamanda and the priest who always prefers cash