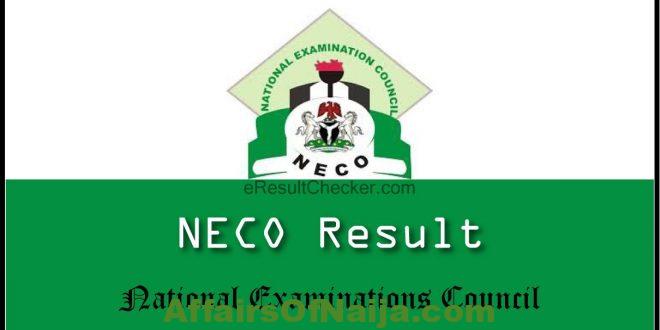 The National Examinations Council (NECO) has published the results of the

The results were announced on Thursday by the Registrar/General Manager of the Council, Professor Dantani Ibrahim Wushishi in Minna, Niger State.

Wushishi said the results have been released 457 days after the candidates wrote
He said that the candidates can access their results on the NECO website: www.neco.gov.ng using their numbers registration for the exam.

The Registrar reiterated that the Council has a long tradition of e zero tolerance for malpractice in examination, saying that the incidence of malpractice in 2012 has decreased from the figure of 2020.
He noted that 10 Supervisors were put blacklisted for various offenses ranging from poor supervision, insult, complicity, during exams.

The boss of NECO also announced that the backlog of the examination of the basic education certificate (BECE) The certificates of 2012-2020 will soon be ready for distribution to schools.

“In the same vein, the Senior School Certificate Examination (SSCE)