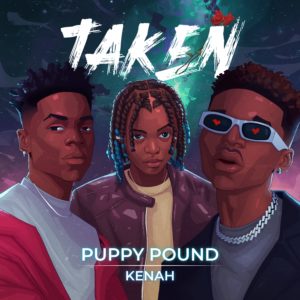 Puppy Pound, which is made up of Bichon and Shepherd, has released a new single called “Taken,” which is a love song with the help of a young singer named Kenah.

“Taken”, which is their first single of the year, is yet another step towards the release of the duo’s new project, which they have revealed in their interviews will be dropped later this year. The song was produced by Hulla and then mixed and mastered by Milla Mix.

Taken also has a video that was shot and directed by Director Jay.