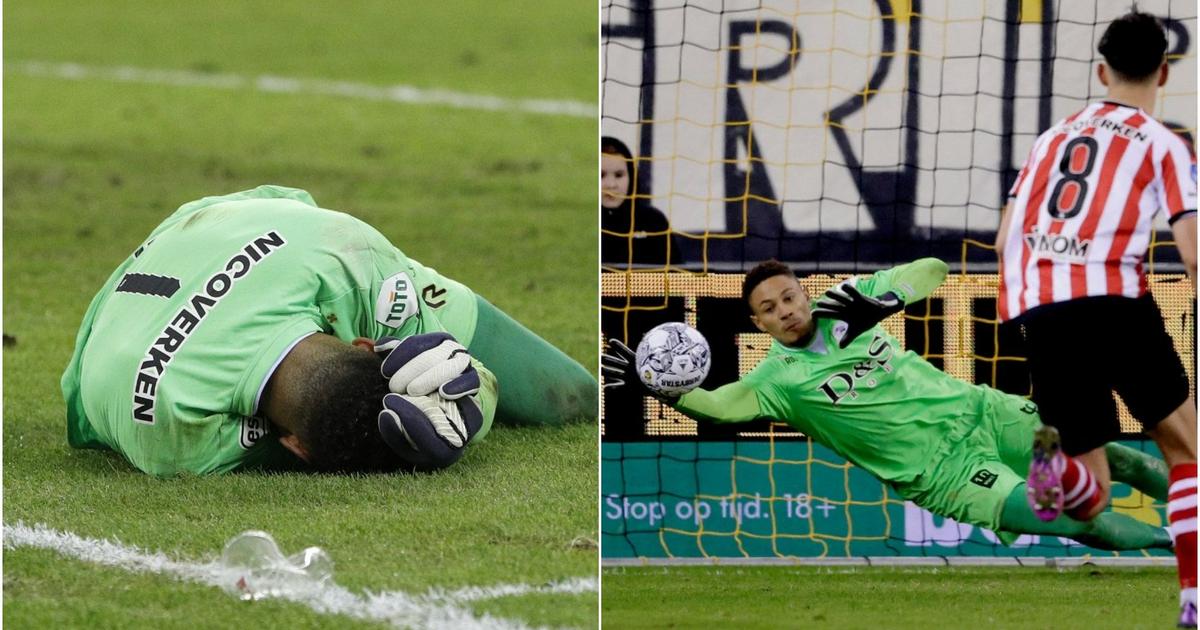 The 23-year-old goalkeeper was in beast mode to help his side to a one-goal advantage through Adrián Dalmau before the game was suspended.

In the course of the game, Okoye made nine crucial saves. One of the saves was a penalty as Okoye dove to his left to save the spot-kick by Lois Openda.

His brilliant performance on the night led to some fans exhibiting violence.

A fan confronted him on the pitch while someone from the stands attacked him with a bottle to his head.

The situation in the Netherlands has now gone viral in Nigeria which has sparked wild reactions on social media.

The most notable reactions to the Okoye incident have come from Nigerian ladies.

While some football-loving Nigerians blamed Okoye for the goal scored by the Carthage Eagles of Tunisia against the Super Eagles of Nigeria at the 2021 Africa Cup of Nations (AFCON).

The goal led to the elimination of the Super Eagles at the round of 16 phase of the AFCON in Cameroon.

The reactions to Okoye following the incident in the Netherlands suggest that he still has the admiration of Nigerian ladies for his good looks.

Okoye is expected to join up with the Super Eagles later this month ahead of the crucial home and away 2022 FIFA World Cup qualifier playoff against rivals the Black Stars of Ghana.