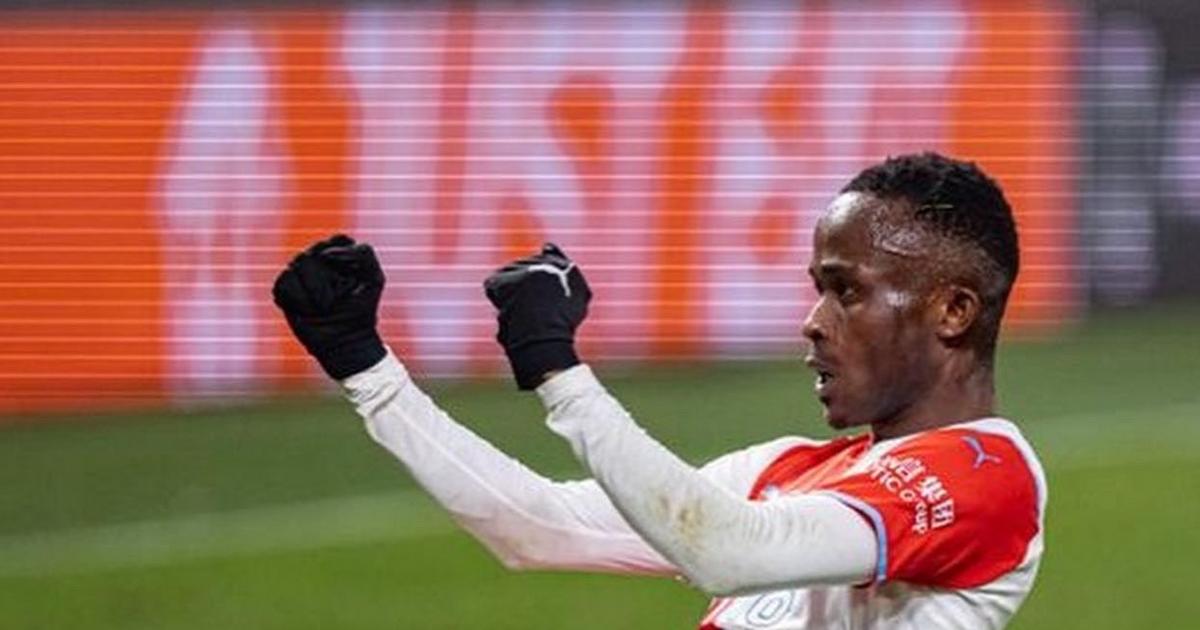 Sor who got an assist in the first leg of this encounter, was keen to impress in the home leg of the tie.

Slavia started the game on the front foot and grabbed the lead through an Ivan Schranz goal in the 20th minute.

Barely seven minutes later, Sor was on hand to double the lead with a confident finish that went in off the post.

Fenerbahce believed the comeback was on when former QPR winger Bright Osayi-Samuel’s pass found Merk Hakan Yandas, who scored the seventh goal of the tie.

Slavia was the more dominant side and ought to have finished the game with all the chances they squandered.

In the 63rd minute, the Czech champions increased their lead when Tomas Holes squared a pass to an unmarked Sor, who then proceeded to grab his brace with a powerful shot which he fired into the roof of the net.

Sor was proving to be a real handful for Fenerbahce defenders, with the youngster almost grabbing the match ball in this dominating performance. With less than 20 minutes left on the clock, Sor could have completed the hat-trick, but the Fenerbahce goalkeeper did well to deny him.

To the delight of Fenerbahce fans everywhere, Sor was taken off in the 83rd minute.

Despite a late consolation goal, Sor’s dominating performance over both legs ensured that Slavia headed into the next round of the Europa conference League.

The next round of fixtures will be confirmed at a draw in Switzerland on February 25.