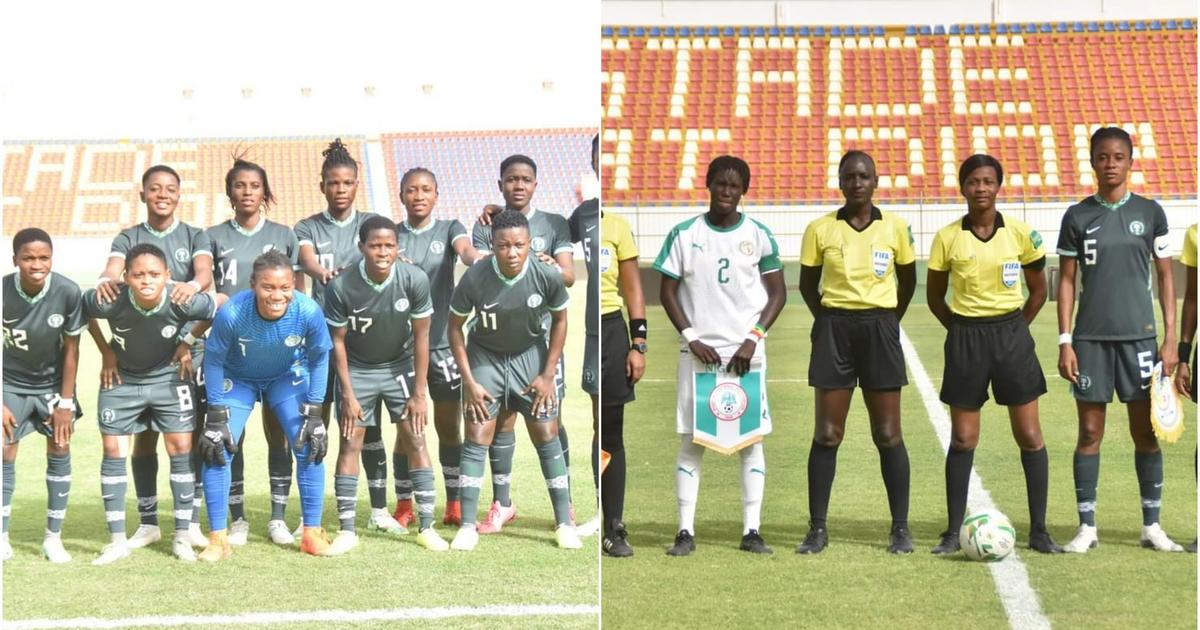 
The first leg fifth-round fixture was against Senegal at the Stade Lat-Dior, Thiès.

Flourish Sabastine put the Falconets in front as early as the eighth minute which they protected going to the halftime break.


Sabastine scored her second of the game in the 56th minute to give the Falconets a comfortable lead.


The teenager scored her third from the penalty spot in the 62nd minute to increase the Falconets’ first-leg advantage.

Adji Ndiaye pulled one back for Senegal in the 89th minute to give the home side a lifeline to still seal qualification in the second leg.


The Falconets now have a 3-1 advantage ahead of the second leg scheduled for the Samuel Ogbemudia Stadium, Benin City on Saturday, March 26, 2022.


If the Falconets avoid defeat in Benin City, they will book their place at the 2022 FIFA U-20 Women’s World Cup scheduled to take place in Costa Rica later this year.