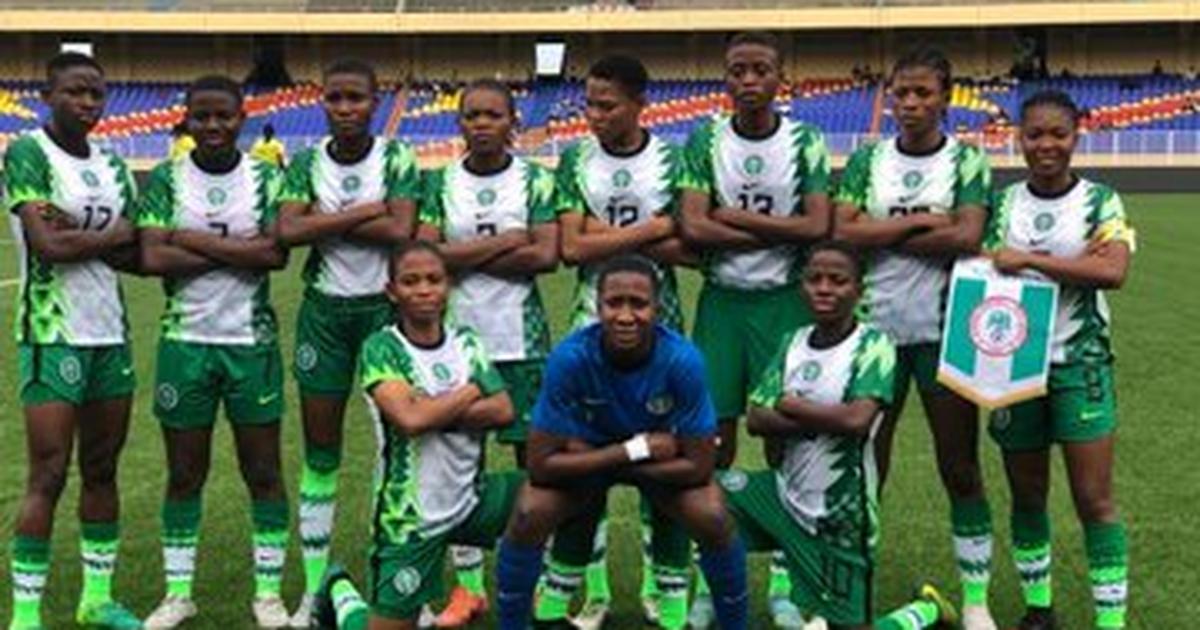 The Super Flamingoes went into the clash against the Leopardess with the aim of securing a good result ahead of the second leg a week later at the Samuel Ogbemudia Stadium in Benin.

And they did just that as goals from Blessing Emmanuel, Oluwatunmininu Adeshina, and Taiwo Ajakaye secured a comprehensive victory for Coach Bankole Olowookere’s girls.

Nigeria started the game on the front foot, showing their intent as early as the fifth minute, but Ajakaye and Taiwo Afolabi could not convert their chances.

Seven minutes later, Ajakaye was presented with another chance, but she was denied by Congolese goalkeeper Luleme.

The chance sprung the home side into action, forcing Flamingoes goalkeeper Omilana into a smart save.

However, their resistance was finally broken in the 36th minute as Emmanuel fired home from Usani’s cross to put Nigeria ahead.

Emmanuel’s goal ensured Nigeria went into the break with the lead. The second half resumed the way the first half ended, with Nigeria dominating possession.

However, they had to wait until the 66th-minute before doubling their lead, courtesy of a fine strike Adeshina.

Adeshina’s goal killed off any hope DR Congo had left, and it got worse for them when they were reduced to ten girls after Alvine Dah Zossu was sent off for a dangerous tackle.

Nigeria took advantage of the numerical advantage as they scored their third of the game through Ajakaye, who rounded the goalkeeper for a simple finish.

Ajakaye’s strike proved to be the final goal of the match as Nigeria secured an emphatic win going into the second leg next Saturday.

#BNWeekInReview: The Must-Read Stories on BellaNaija This Week

#BNWeekInReview: The Must-Read Stories on BellaNaija This Week