Home » National » No honor for Adamu! 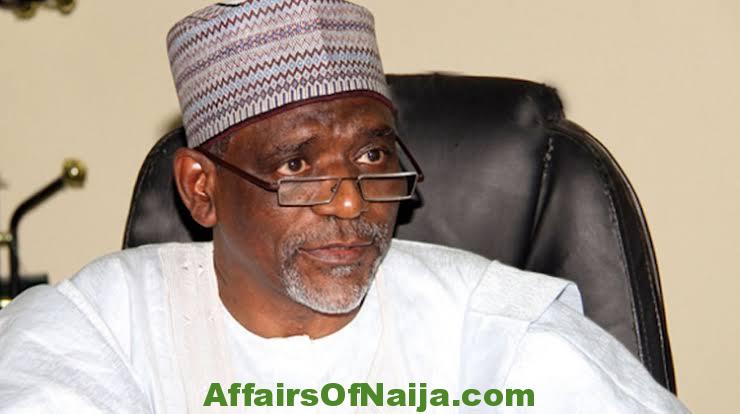 *Blame for mismanagement of 8-month strike by university professors

By our correspondent with agency report

Disturbed by industrial action taken by members of the Academic Staff Union of Universities, ASUU eight months ago, National Association of Nigerian Students, NANS said Minister of Education, Mallam Adamu Adamu with National Honor by the Federal Government is an insult to Nigerian students .

The Association was reacting to a list of 437 “eminent” Nigerians to be honored by the federal government which included the name of the Minister of Education in the category of Commander of the Order of Niger, CON, even though the ad presidency owns the list that went viral over the weekend.

In a statement issued yesterday in Abuja, Student Body Spokesperson Giwa Temitope said the decision to honor Adamu “is a clear indicator that Nigerian students were taken for a ride.”

He blamed the minister for the eight-month industrial action by university professors, lamenting that Nigerian education had “totally collapsed” under his regime

“It is an insult to the collective intelligence of Nigerian students both at home and in the diaspora that the Minister of Education, Mallam Adamu Adamu under whose nose the students academics who have been at home for almost eight months must receive the national distinctions of Commander of the Order of Niger, CON.

“This singular act by the Buhari administration is a clear indicator that Nigerian students have been taken for a ride. the vase of Buhari’s vaunted integrity.

“Over the years, successive administrations of the country have shown the Nigerian people that the National honors are more recognition of patronage than recognition of excellence.But, President Buhari has gone a step further to show the mass of Nigerian students that we are not on the administration’s priority list.the hope and possibilities for independence is today a land of suffering, insecurity and near despair marked by youth unemployment and an underfunded education sector.

“In a country that works, the Minister of Labour, Chris Ngige who shamefully walked out of a meeting with ASU national leadership U at the request of the House of Representatives and his education counterpart would have been fired before now. But, the reverse is the case because Adamu Adamu under whose watch the education sector of the country has totally collapsed should be recognized with national honor for a job well done,” he said.

In a related development, the Registrar and Chief Executive Officer, Joint Admissions and Matriculation Board, JAMB, Prof. Ishaq Oloyede lamented that the relentless strike by the University Academic Staff Union, ASUU, is destroying university education at Nigeria.

He added that the union must realize that the country is no longer under a military regime, therefore, there must be a change of paradigm because “you cannot make the same thing the same way all the time.

Speaking at the grand final of the Independence Day Essay Competition 2022 organized by the Osun State Government in Osogbo , Oloyede, who was represented by JAMB’s Director of Legal Services, Abdulwahab Oyedokun, said stakeholders must find a way for viable education within the available legal framework.

“Osun State is a state of pride. We have a story; Ife is the origin of the Yoruba. We have culture, Osogbo is the center of culture. We have a big Ife (OUA) here, Osun State University is coming. Unfortunately, for ASUU, we are destroying Ife ‘OUA’ with this incessant strike.

“I actually know that about 20 years ago, more than 40 % of students did ‘OAU their first choice university, but today OAU is not 1 to 10 in terms of multiple applications.

” We commend the government of Osun State for this wonderful initiative that is taking place in a society where others prioritize things that do not benefit anything and will not bring any future to children.

“We at the Joint Admission and Matriculation Board are working to build a better generation of successors for Nigeria and the only way to achieve this is to ensure the integrity of our process review,” he said.