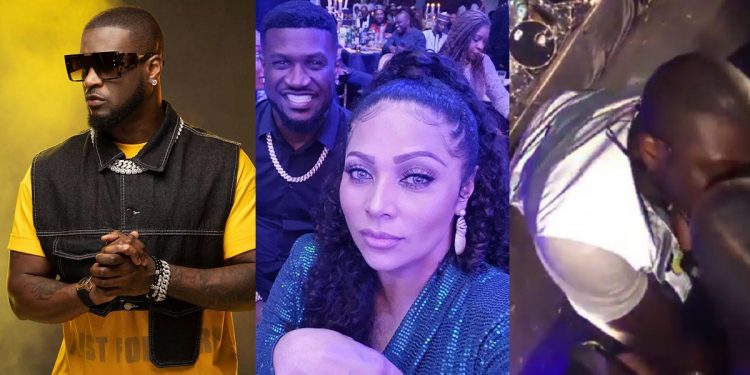 Popular Nigerian singer, Mr P has reacted to the backlash following a video of him locking lips with a fan during a stage performance.

The singer, who is married to Lola Omotayo-Okoye , was talked about after the video of him passionately pursing his lips with a random fan went viral.

Mr. P, who is currently on a world tour with his twin brother, Paul Okoye, following their reunion last year, shared a passionate kiss with a fan during his performance in one of the selected cities, an action which generated an outcry online.

Video of the moment doing the rounds captured the moment Mr P leaned down from the stage, approached the female fan, who then grabbed her face, and the two kissed passionately. ICYMI.

“It’s so irresponsible! Also unprofessional. What was he thinking?? Isn’t he married? That’s crazy 😂”.

Well, in the middle of the backlash, Mr. P used his Twitter account to react, noting that no one in his family complained about his behavior on stage.

“On stage! I throw my clothes, my shoes and even good passionate KISSES💋!😂😂😂No one in my family is complaining!Why does e Dey hurt you?😂🤣😂🤣 Thank you for allowing us to continue our tour in peace!” He tweeted.

"It was like a new vibe..." - Groovy on his relationship with Phyna