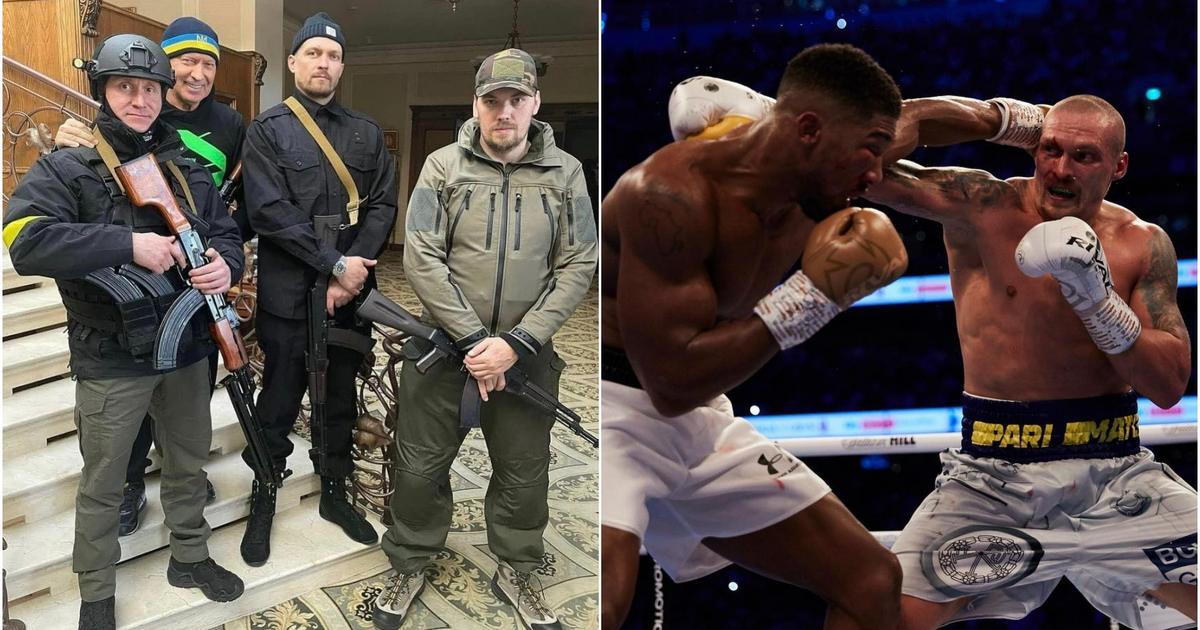 The fight is now in doubt as his home country of Ukraine has now been invaded by the Russian Federation.

Usyk who is the reigning boxing heavyweight IBF, IBO, WBA, and WBO champion has joined the Ukrainian defense battalion to help defend his country.

In an interview with CNN, Usyk from a basement in Kyiv via a video link made it known he may not face Joshua in the highly anticipated rematch.

Egis Klimas’s Usyk’s manager translated the interview as Usyk does not speak English.

He started off by giving an update on the situation in Ukraine.

Usyk said, “If they will want to take my life or the lives of my close ones, I will have to do it.

Usyk then stated that at the moment his primary responsibility was to his country.

He said, “Maybe, it’ll sound sentimental, but my soul belongs to the Lord and my body and my honor belong to my country, to my family.

“So there is no fear, absolutely no fear. There’s just bafflement — how could this be in the 21st century?”

Usyk stated that the noble art of boxing has been useful to him in this testing time while explaining that the rematch with Joshua is now in jeopardy.

He said, “It has helped me to be calm and mentally prepared,” he said, “And it helps me to help others who are panicking and nervous.”

“I really don’t know when I’m going to be stepping back in the ring.

“My country and my honor are more important to me than a championship belt.”

Usyk’s manager then gave the final word explaining that they are facing a lot of danger while still in the country.

In a separate conversation he added, “When there is an air raid alarm, we hide. Of course, it’s fun when there are a lot of us here — we’re having fun. But we’re forcing ourselves to have fun.” They’re trying to keep the mood light for the kids.

“They’re in big danger. When the bullets start flying, the bullet doesn’t care if you’re a world champion. The bullet just goes through.”

Usyk defeated Joshua to become unified heavyweight champion in September 2021 and fans anticipate the rematch to be scheduled later this year.

Congratulations to the Dean Clan! Korra Obidi Has Welcomed Her Second Child

Congratulations to the Dean Clan! Korra Obidi Has Welcomed Her Second Child