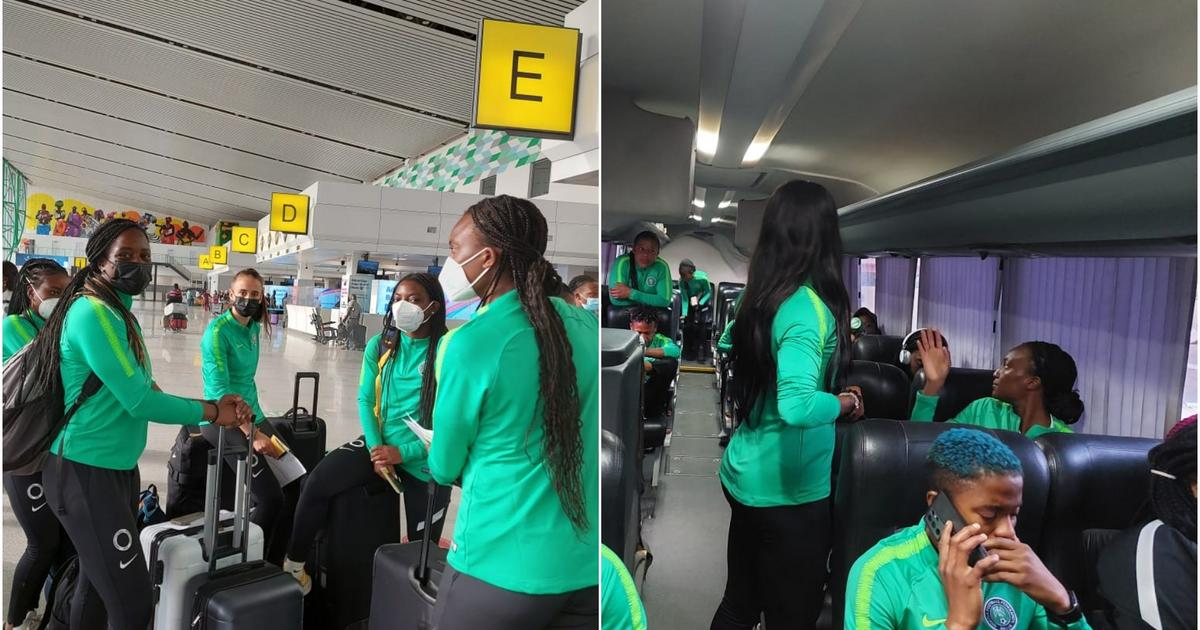 The Super Falcons recorded a 2-0 victory against Ivory Coast in the first leg at the MKO Abiola Stadium in Abuja on Friday, February 18, 2022.

The Super Falcons took to Twitter to reveal that the team has departed to the Abidjan venue of the second leg clash.

The statement on the official Twitter account said, “We head out to Abidjan for Wednesday’s crucial second leg, second qualifying round match against Cote d’Ivoire 🇨🇮 this morning. We won the first leg 2-0 in Abuja last Friday.”

The team led by Randy Waldrum will also have to rely on Onumonu to come through with the goals in Abidjan.

In the photos released on social media, Super Falcons captain Asisat Oshoala is nowhere to be seen.

The Barcelona Femeni star missed the first leg and since then the Nigeria Football Federation (NFF) is yet to explain the reason for her absence.

According to sources, Oshoala is injured which is why she was left out of the team.

The Super Falcons will aim to secure qualification for the AWCON when they take on Ivory Coast at the Stade Robert Champroux in Abidjan on Wednesday, February 23, 2022.

Miata Met Christopher at Her Workplace – Now, They’re On to Forever!

Miata Met Christopher at Her Workplace - Now, They're On to Forever!